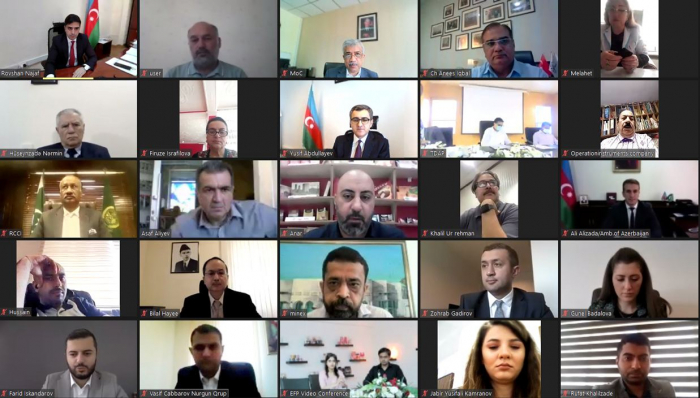 There is great potential for further expansion of ties between Azerbaijan and Pakistan, Azerbaijani Deputy Minister of Economy Rovshan Najaf said.

Najaf made the remark at the Azerbaijani-Pakistani business forum, AzVision.az reports on April 29.

“Pakistani companies can take advantage of the business environment created in the country by investing in the non-oil sector,” the deputy minister added.

The deputy minister emphasized the importance of events which are held with the participation of business circles in expanding the trade and economic ties between the two countries.

“The stimulation of business initiatives will have a positive impact on the creation of new opportunities for cooperation and the development of relations in the field of interregional partnership,” Najaf added.

Moreover, Najaf stressed that the country highly appreciates Pakistan's unequivocal support for Azerbaijan's position during the 44-day second Armenia-Azerbaijan Nagorno-Karabakh War, which ended with the victory of the Azerbaijani troops under the leadership of Supreme Commander Ilham Aliyev.

In turn, Federal Secretary Commerce of Pakistan Muhammad Sualeh Ahmad Faruqui stressed the importance of trade and economic ties and mutual investment cooperation between the two countries and also spoke about the projects, the implementation of which is envisaged in the post-COVID-19 pandemic period.

While speaking at the event, Chairman of the Board of the Agency for Development of Small and Medium Businesses under the Azerbaijani Ministry of Economy Orkhan Mammadov informed the participants about the measures taken in Azerbaijan to develop small and medium-sized businesses and also stressed the possibilities of cooperation in this sphere with relevant structures and business entities of Pakistan.

Following the event, bilateral meetings were organized between businessmen of both countries.