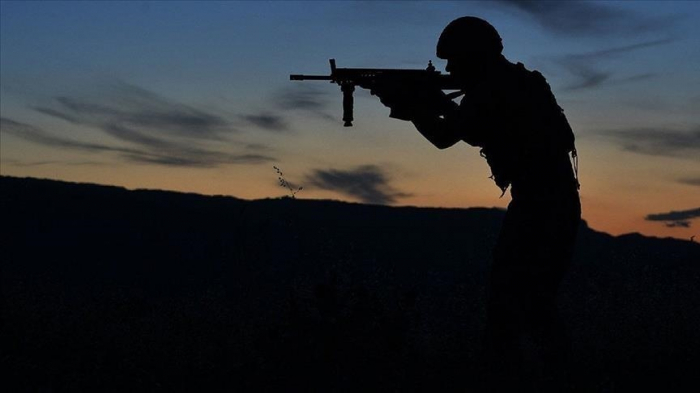 Two Turkish soldiers were martyred during an anti-terror operation in northern Iraq, across from the Turkish border, the National Defence Ministry said Friday, according to Anadolu agency.

One soldier succumbed to his injuries after being wounded by a guided anti-tank gun during Operation Pence-Yildirim, said a ministry statement.

Additionally, as a helicopter was landing to deliver supplies, a soldier fell and was injured, it said. Despite doctors' best efforts, he later lost his life in the hospital, it added.

The ministry extended condolences to the families of the martyred soldiers.

In its more than 35-year terror campaign against Turkey, the PKK – listed as a terrorist organization by Turkey, the US, and the EU – has been responsible for the deaths of at least 40,000 people, including women, children, and infants.