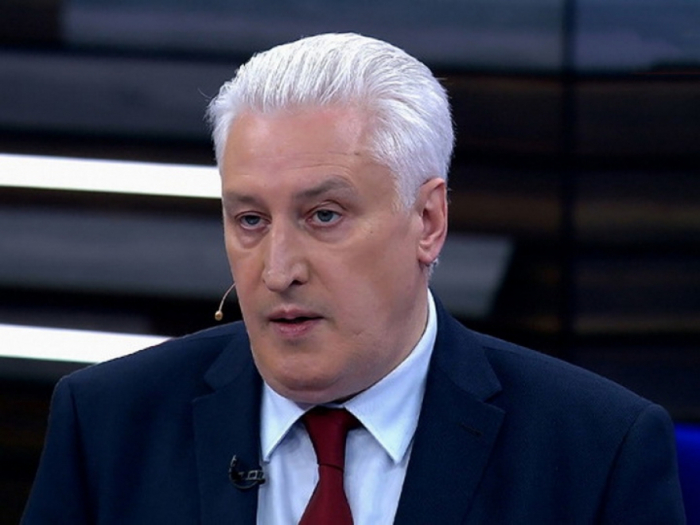 Korotchenko described the situation in Aghdam and other liberated territories of Azerbaijan as an unacceptable event in human history.

The military expert noted that the scale of destruction in Aghdam and Fuzuli is reminiscent of Hiroshima and Nagasaki.

“The atomic bomb dropped by the US in 1945 razed two Japanese cities to the ground. Years later, Armenia destroyed the cities of Aghdam and Fuzuli, as well as a large part of other territories it had occupied. In these areas, too, we face a similar situation after the atomic bomb was dropped. But this is not an atomic bomb. This is a bomb of hatred planted by Armenians against Azerbaijan and the Azerbaijani people,” he said.

“Armenians, like real barbarians, destroyed everything on Azerbaijani territories during the occupation,” said Korotchenko, calling Armenians’ actions a war crime and a crime against humanity.

The Russian expert called for the persecution of Armenia’s military-political leadership for the crimes committed in both the first and second Karabakh wars.

“Such acts of vandalism cannot be forgiven,” said Korotchenko, stressing that what he and his colleagues witnessed in the liberated Azerbaijani lands is shocking.

The military expert also commented on Armenia’s refusal to hand over to Azerbaijan the maps of minefields in Karabakh.

“At present, the main problem is the lack of minefield maps. Armenia, which suffered a heavy defeat in a recent war, planted mines on hundred of square kilometers of territory. There are all kinds of mines – anti-tank, anti-personnel mines, as well as booby traps. To date, numerous Azerbaijanis have lost their lives or been injured as a result of mine explosions. This is a global and humanitarian problem,” he added.

Korotchenko said Armenia deliberately refuses to hand over minefield maps, accusing Yerevan of ignoring constructive talks in this regard.

"I think this issue should be put to a vote in the UN Security Council so that the international community condemns Armenia for not providing minefield maps. This is already a global problem,” he said.

The military expert stressed that Russia and other major powers need to put pressure on Yerevan in this matter.


More about: Karabakh   mine