Ramil Usubov: No reason to worry about fulfillment of trilateral statement 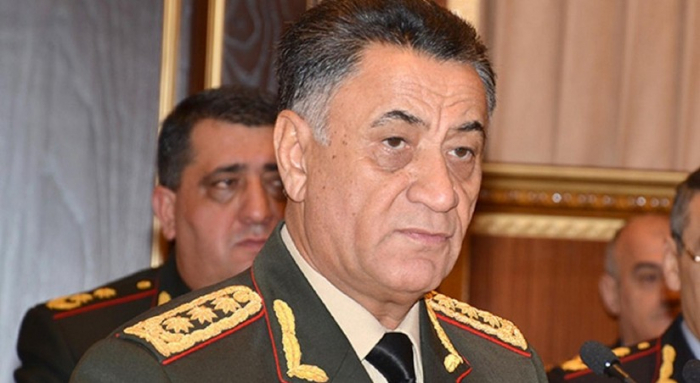 There are no reasons to worry about the implementation of the November 10 statement, Secretary of the Security Council of Azerbaijan, Colonel General, Ramil Usubov said.

Usubov commented on the implementation of the points of the statement signed on November 10, 2020, by the presidents of Azerbaijan, Russia, and the prime minister of Armenia.

“The entire process is under the control of the president of Azerbaijan, who knows what, how, and when to do,” the official noted.

The Security Council secretary reminded that six months have passed since the signing of the statement, and it is too early to talk about the ideal course of the process.

“The demarcation and delimitation of borders are coming to an end. Azerbaijan is creating military infrastructure and facilities on its territory that are among the most advanced in the world. The format of efficient and fruitful cooperation on this issue between the presidents of Azerbaijan, Russia, and Turkey continues in the activities of the Monitoring Center in the Aghdam district of Azerbaijan, previously liberated from the Armenian occupation. But there is still a lot to be done," Usubov stressed.

The Secretary of the Security Council stressed that the citizens of the country, as well as the public of foreign countries, who are sensitive to this issue, should be sure that the national interests of Azerbaijan are in priority.

“The Declaration of November 10 contains nine points. Azerbaijan is faithful to all its obligations. There is a moment that is always noted by President Ilham Aliyev - Azerbaijan is the initiator, the guarantor of peace in the Caucasus. Being ready to ensure the safe residence of Armenian citizens of Azerbaijan on its territory, we are similarly ready to contribute to the well-being of the Armenian population in the name of the interests of the region," Usubov reminded.