Preparation for presidential elections is quite competent, professional and at good level in Azerbaijan 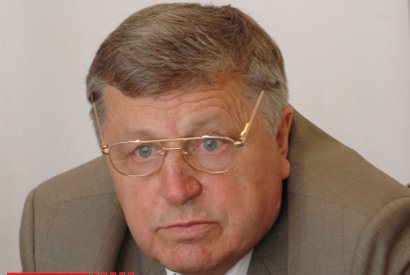 The preparation for the presidential elections in Azerbaijan is quite competent, professional and at a good level, First Deputy Chairman of the CIS Executive Committee Vladimir Garkun said.

"We immediately appealed to the CIS countries with a proposal to form their delegations from each country to observe the elections," Garkun added. "The mission is still being formed. Chairman of the Executive Committee - CIS Executive Secretary Sergey Lebedev will head an observation mission of the Commonwealth of Independent States (CIS) in the presidential elections in Azerbaijan. The decision was taken at a meeting of the council of permanent authorized representatives of the CIS member-states under the statutory and other bodies of the CIS in Minsk on August 20."

The CIS mission will include around 300 observers from the Commonwealth countries. Around 20 of them will work on a long term basis.

"The observers will visit the district, precinct electoral commissions," he added.

"Yesterday we visited polling stations in Khachmaz. We saw the preparation process at those polling stations. All district and precinct electoral commissions were fully staffed. Good premises were allocated. At present, there is everything necessary, including polling booths, ballot boxes, fax machines, telephones, safes, etc. The thorough enlightenment was conducted. It was nice to see that the district electoral commissions work in purpose-built buildings, that is, all the conditions were conducted for them."

"While visiting the district electoral commissions, we saw the conducted and current preparation for the elections," Garkun said. "Many campaign materials were prepared."

"The thorough operations are underway," Garkun said. "We see and appreciate this."