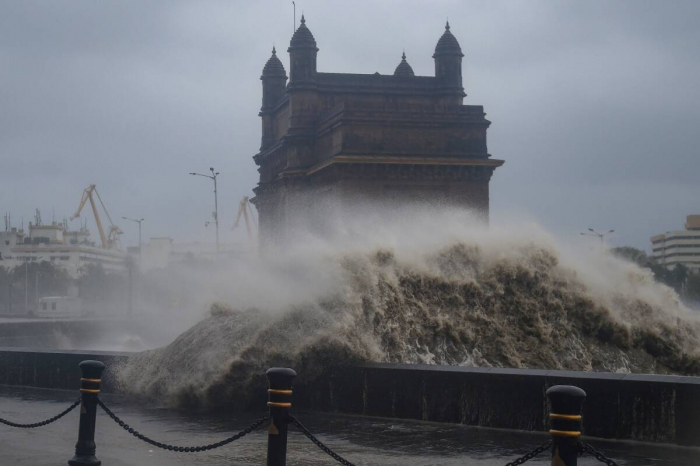 More than 90 people are missing after a barge off the coast of India's Mumbai city sank amid a severe cyclone, AzVision.az reports citing BBC.

The Indian navy said it had rescued 177 of the 270 people aboard and that efforts to find survivors were ongoing.

Three other commercial barges carrying about 700 people are stranded at sea in the wake of cyclone Tauktae, which has battered India's western coast.

Tauktae weakened after it made landfall on Monday but at least 12 people have already died in the storm.

The stricken barge, owned by India's Oil and Natural Gas Corporation (ONGC), was carrying personnel deployed for offshore drilling. When the storm struck, the barge's anchors gave way and it began drifting.

A spokesman for the Indian navy told the BBC it had dispatched three warships to save those aboard the three stranded commercial barges. Two of the barges are off the coast of Mumbai, the capital of Maharashtra state, while the third is off the coast of Gujarat.

ONGC said it had also deployed boats to rescue its personnel.

One of the troubled barges, reportedly carrying cargo, had anchored and was about 14km from Mumbai's coast when it went adrift on Monday. The navy said the barge had since run aground in a rocky patch of the sea. Everyone on board is reported to be safe.

The third barge, about 92km from the Gujarat coast, is attached to an oil rig. There are reportedly 196 people aboard and another 100 reportedly stuck on the rig.