How your name affects your personality - iWONDER 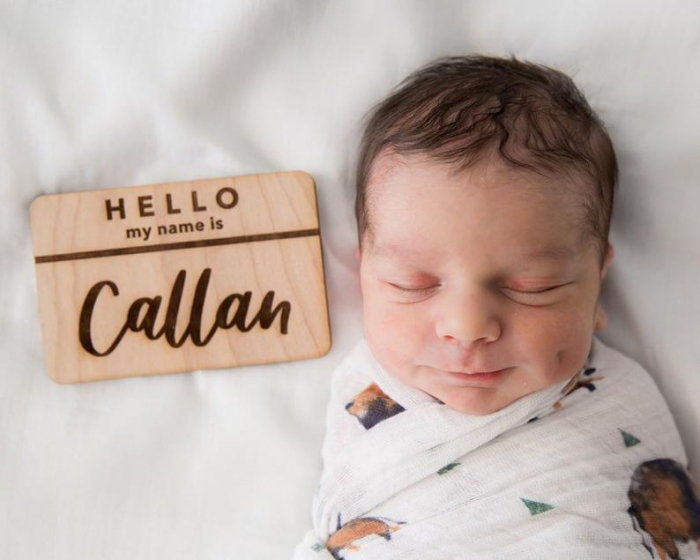 The first piece of information strangers learn about most people is a moniker picked for them by their parents. But what you are called can have a surprising impact on how others perceive us.

You might have dwelt on the different ways that your parents shaped you – from their warmth and strictness to their generosity and pushiness. But perhaps you haven't thought so much about the consequences of one particularly important gift they bestowed upon you – your name – and whether you like it, and how wider society views it.

Parents often agonise over what to call their children. It can feel like a test of creativity or a way to express their own personalities or identities through their offspring. But what many parents might not fully realise – I know I certainly didn't – is that the choice they make over their children's names could play a part in shaping how others see their child and therefore ultimately the kind of person their child becomes.

"Because a name is used to identify an individual and communicate with the individual on a daily basis, it serves as the very basis of one's self-conception, especially in relation to others," says David Zhu, a psychologist at the University of Arizona, who researches the psychology of names.

Of course, many factors sculpt our personalities. Some of it is influenced by our genes. Formative experiences play a huge role, so too the people we hang out with, and ultimately the roles we take on in life, whether at work or in the family. Amidst all these dynamics, it's easy to forget the part played by our names – a highly personal influence imposed on us from birth and that usually stays with us through life (unless we go to the trouble of changing it). As Gordon Allport, one of the founders of personality psychology put it in 1961, "the most important anchorage to our self-identity throughout life remains our own name".

At a basic level, our names can reveal details about our ethnicity or other aspects of our background, which in a world of social bias carries inevitable consequences (for instance, American research conducted in the wake of the 9/11 terror attacks found that the exact same resumes were less likely to attract interviews when attributed to a person with an Arabic-sounding name as compared with a white-sounding name). This is unjust on many levels, particularly because names can be an unreliable indicator of our background.

These consequences should not be taken lightly, but that's not where the influence of names ends. Even within a single culture, names can be common or rare, they can have certain positive or negative connotations in terms of their meaning, and they can be seen as appealing or unfashionable and disliked (and those views can change over time with fashions too). In turn, these features of our names inevitably affect how others treat us and how we feel about ourselves.

A study from the 2000s led by US psychologist Jean Twenge, found that, even after controlling for family background and general dissatisfaction with life, people who didn't like their own name tended to have poorer psychological adjustment. This was most likely either because their lack of confidence and self-esteem caused them to dislike their name or disliking their name contributed to their lack of confidence – "the name becomes a symbol of the self", Twenge and her co-author wrote.

In terms of how names affect the ways we're treated by others, consider a German study published in 2011, in which users of a dating site were asked whether they would like to follow up with potential dates on the basis of their names. Jochen Gebauer, now based at the Universität Mannheim, and his colleagues, including Wiebke Neberich, found that people with names considered unfashionable at the time (such as Kevin) were more likely to be rejected, as compared with people with more trendy names (such as Alexander).

If the dating situation is broadly representative of how these people were treated through life, it's easy to see how their names could have shaped how people treated them more generally, and in turn the kind of person they themselves became. Indeed, new research that's still in press, also conducted in Germany, found that participants were less likely to help out a stranger with a negatively rated name (Cindy and Chantal were the two names rated most negatively) as compared with strangers with names rated positively (Sophie and Marie were the most positively rated).

One can imagine it is difficult to be a warm, trusting person (having high "agreeability" in personality trait terms) if you face repeated rejection in life by virtue of your name. Another part of the dating study backed this up: the daters with unfashionable names who were rejected more often also tended to be less educated and have lower self-esteem – almost as if the rejection they experienced on the dating platform were a reflection of how they'd fared in life more generally.

Other recent work has similarly hinted at the harmful consequences of a having an unpopular or negative-sounding name. Huajian Cai and his colleagues at the Institute of Psychology in Beijing recently cross-checked the names of hundreds of thousands of people with their risk of having been convicted of crimes. They found that even after controlling for the influence of background demographic factors, people with names seen as less popular or having more negative connotations (for example, rated on average as less "warm" or "moral") were more likely to have been involved in crime.

You could see this tendency toward criminal behaviour as a proxy for a person having low agreeability. Again, this is consistent with the notion that having a negative-sounding or unpopular name sets a person up for social rejection and an increased risk for developing a disagreeable personality.

Our names can have these consequences, says Cai, because they can affect how we feel about ourselves and how others treat us. "Since a good or bad name has the potential … to produce good or bad results, I suggest parents should try all ways to give their baby a good name in terms of their own culture," he says.

So far these studies point to the apparently harmful consequences of having a negative or unpopular name. But some recent findings also hint at the potential beneficial consequences that your name might have. For instance, if you have a more "sonorant" sounding name that flows easily such as Marla (as compared with an abrupt sounding name such as Eric or Kirk), then it's likely people will prejudge you to be more agreeable in nature, with all the advantages that might bring.

Moreover, while a less common name may be disadvantageous in the short term (increasing the risk of rejection and lowering your likeability) it could have advantages over the longer term by engendering in you a greater sense of your personal uniqueness. Consider another new study by Cai and his team at Beijing's Institute of Psychology – even after controlling for family and socioeconomic background, they found that having a rarer name was associated with increased odds of having a more unusual career, such as film director or judge.

"Early in life, some people may derive a sense of unique identity from their relatively unique names," the researchers say, proposing that this sense fuels a "distinctiveness motive" that drives them to find an unusual career path that matches their identity. This appears to be somewhat reminiscent of so-called "nominative determinism" – the idea that the meaning of our names influences our life decisions (apparently explaining the abundance of neurologists called Dr Brain and similar amusing occurrences).

Having an unusual name might even shape us to be more creative and open-minded, according to research by Zhu at Arizona State University and his colleagues. Zhu's team cross-checked the names of the chief executives at over a thousand firms and found that the rarer their names, the more distinctive the business strategies they tended to pursue, especially if they were also more confident by nature. Zhu invokes a similar explanation to Cai and his colleagues. "CEOs with an uncommon name tend to develop a self-conception of being different from peers, motivating them to pursue unconventional strategies," he says.

If you're a prospective parent, you might be wondering whether to plump for a common, popular name, perhaps enhancing your children's popularity and likeability in the process, or whether to give them an original moniker, helping them to feel special and act more creatively.

"Common and uncommon names are both associated with advantages and disadvantages, so expectant parents should be aware of the pros and cons no matter what types of names they give to their child," advises Zhu.

Perhaps the trick is to find a way to have the best of both worlds by choosing a common name that is easily modified into something more distinctive. "If [you] give a child a very common name, the child is likely to have an easier time being accepted and liked by others in the short term," Zhu advises. "But parents need to find ways to help the child appreciate his or her uniqueness, perhaps by giving the child a special nickname or frequently affirming the child's unique characteristics".