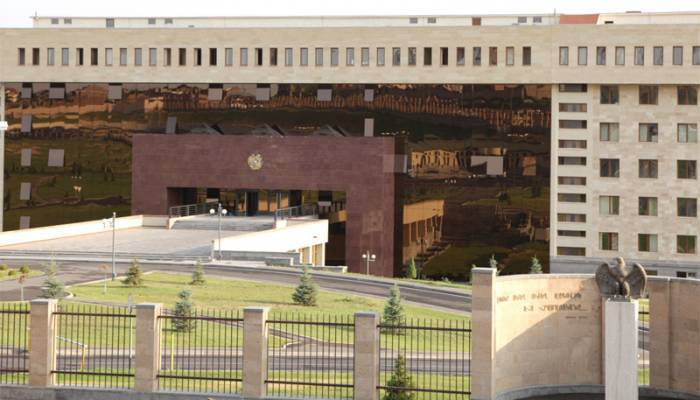 Ministry of Defense of Armenia confirmed detention of 6 Armenian servicemen , who resorted to provocation in the direction of Azerbaijan's Kalbajar, AzVision.az reports citing the Armenian media.

According to Armenia's Defense Ministry, they take measures to return those servicemen.

Note, on May 27, at around 03.00 am, a sabotage group of the Armenian Armed Forces attempted to cross the Armenian-Azerbaijani border in the direction of the Yukhari Ayrim settlement in the Kalbajar district, Azerbaijan MoD reported.

The Armenian forces carried out mining operations on the approach to the positions of the Azerbaijani Army on the border, and as a result of immediate operational measures, 6 servicemen of the opposite side were besieged, rendered harmless and detained.

In the morning, several military vehicles of the Armenian Armed Forces, including tanks, were observed near the border. The Azerbaijani Army took the relevant measures to prevent their movement.

Currently, the operational conditions in this direction are under the control of the Azerbaijani military units.