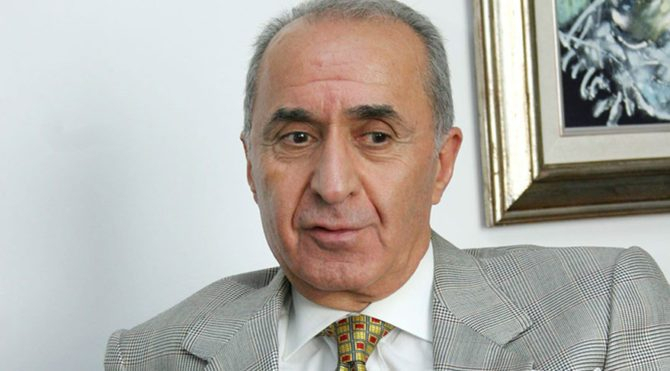 "The peace treaty in South Caucasus region is important in many ways. There is a road between Europe and China that could go through Armenia and through the region, but for that we need security, peace in the region," he said.

Cetin also said that this issue is not only between Azerbaijan and Armenia, adding that this is the challenge for the whole region.

Following over a month of military action to liberate its territories from Armenian occupation from late Sept. to early Nov. 2020, Azerbaijan has pushed Armenia to sign the surrender document. A joint statement on the matter was made by the Azerbaijani president, Armenia's PM, and the president of Russia. A complete ceasefire and a cessation of all hostilities in the zone of the Nagorno-Karabakh conflict were introduced on Nov. 10, 2020.

“[Azerbaijan and Armenia] should come together and to think about regional cooperation, but for that we need an answer from Armenia. Armenia still thinks it can start another war and try to re-take Azerbaijan's territories," he said. "This is impossible."

Turkish foreign minister also stressed that the OSCE Minsk Group has not done anything during the last 30 years.

"We have to forget about the Minsk Group, since they were unable to find any kind of solution during these years," he pointed out.

He mentioned that Azerbaijan was able to solve the Karabakh issue and liberate its lands occupied by Armenia, by military means.

"Nobody wanted to do that. But unfortunately, there was no other way,” Cetin stressed.

The former minister also said that the NGIC could invite some people to come on see what the Armenians have done to the previously occupied territories for the last 30 years.

Cetin said the center could compile an international group, consisting from well-known people, which could be shown the results of Armenian occupation.