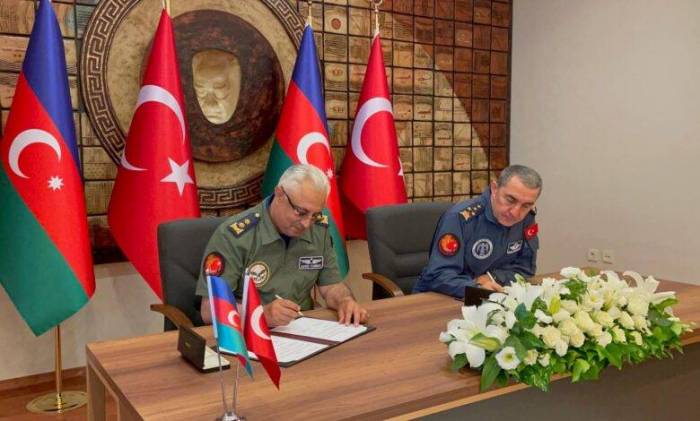 The Air Forces of Azerbaijan and Turkey have signed an agreement.

The agreement allows pilots of the Azerbaijani Air Force to undergo training in Turkey, AzVision.az reports.

The delegations of the Azerbaijani and Turkish Air Forces exchanged views on the current state and prospects for the development of cooperation between the Air Forces of the participating countries and other issues of mutual interest.

Commander of the Air Force, Lieutenant General Ramiz Tahirov arrived in Konya, Turkey to participate in a Distinguished Visitors Day of the "Anatolian Phoenix-2021" Exercises.