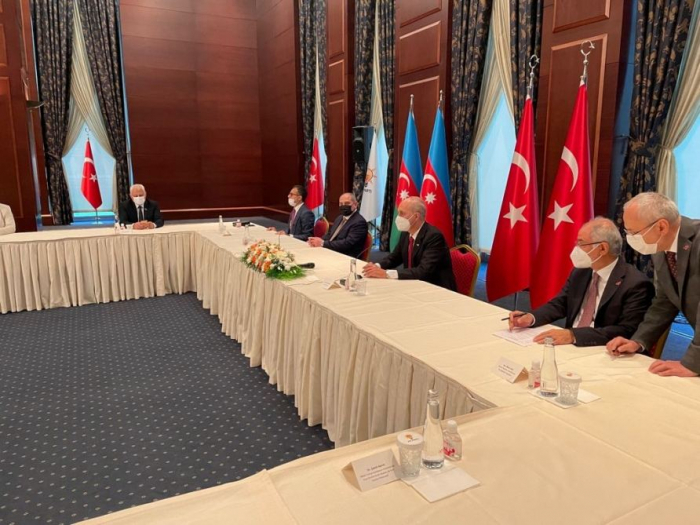 The ruling parties of Azerbaijan and Turkey signed a protocol of intent on cooperation, AzVision.az reports.

The letter of intent was signed during the visit of the YAP delegation to Turkey.

At the meeting held at the central headquarters of the Justice and Development Party in Ankara, the real situation was highly assessed and prospects for ties and cooperation between the ruling political parties of the two fraternal countries were discussed.

After the signing ceremony, Budagov and Kurtulmus held a joint press conference.

Within the framework of the visit, which will last until June 3, other meetings of party delegations will be held, as well as issues of cooperation between youth associations and audit commissions of YAP and the Justice and Development Party of Turkey will be discussed.