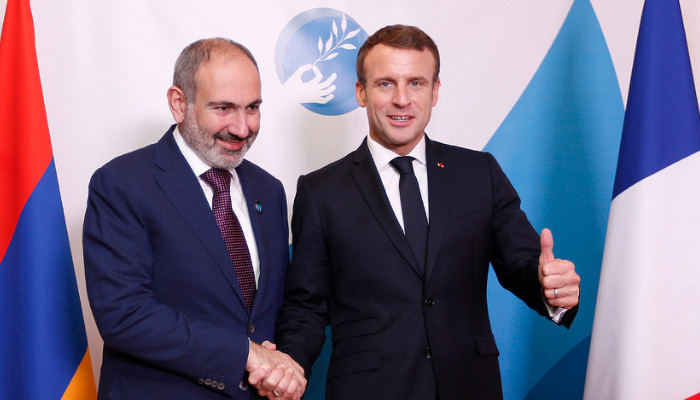 The situation in Armenia remains tense, with 17 days left before the parliamentary elections, AzVision.az reports citing the Armenian media.

Recent events prove that there is a real war between political circles in Armenia.

So, the main ideology of Pashinyan, when he came to power, was to turn Armenia into an economically strong, stable country, which he tried to convince then the Armenian society, and even now he is trying to heal the wounds of defeat in the Second Karabakh War with Azerbaijan with promises in the spirit "We lost the war, but from now on there will be an economically stable Armenia."

However, if last year the Armenians were interested in strengthening and stabilizing the country's economy, then this year they are concerned about security issues, which is caused, in particular, by the defeat in the war and the Azerbaijanophobia purposefully inculcated in society. Thus, the Armenians believe that the number one problem for them now is the country's security. Pashinyan does not lose against the background of recent events, including on the Armenian-Azerbaijani border. The purpose of delaying the process of border demarcation is to prevent the further downgrading of its already low rating.

Amid these events, the Armenian prime minister is looking for support in France, hopes for the help of President Emmanuel Macron and the Armenian diaspora in this country in ensuring victory in the elections. On the other hand, these efforts by Pashinyan are in favor of France, which is trying to regain lost positions in the region through Armenia. However, the statements of the President of this country, voiced to please Armenia, further contribute to the loss of France's positions in the region.

Russian historian and political analyst, Professor Oleg Kuznetsov believes that in his own words regarding the aggravation of the situation on the Armenian-Azerbaijani border, French President Emmanuel Macron drove the last nail into the coffin of the OSCE Minsk Group, putting a bold black cross on all its prospects of returning at least some format in the process of the post-war settlement in Karabakh. According to him, if until this moment France's openly pro-Armenian position was the subject of diplomatic discussions and statements, now it has entered the format of real politics, and the true face of French foreign policy has been absolutely unambiguously demonstrated to the whole world. France no longer has the moral right to be the co-chair of the OSCE Minsk Group, and it is time for this organization to dissolve this structure.

“It is President Macron who will now go down in history as the murderer and gravedigger of the OSCE Minsk Group,” Kuznetsov said.

The forecasts of local and foreign experts indicate that Armenia's attempts to aggravate the situation in the region will continue. There are several reasons for this, and first of all, it is the fact that over the past half-century the Armenian society has been brought up in the spirit of hatred towards Turks and Azerbaijanis.

At present, Armenia's goal is to delay the process of border demarcation as much as possible.

Chief Editor of the National Defense magazine, Russian military expert Igor Korotchenko believes that Armenia does not want to define borders with Azerbaijan.

“The transfer of sabotage groups, namely two, to cross the state border were at least sanctioned at the level of the Ministry of Defense and the General Staff of Armenia. I cannot rule out the fact that this provocation may have even been agreed with Pashinyan. This was necessary to raise Pashinyan's falling rating, who is accused by opponents on the eve of early parliamentary elections," Korotchenko said.