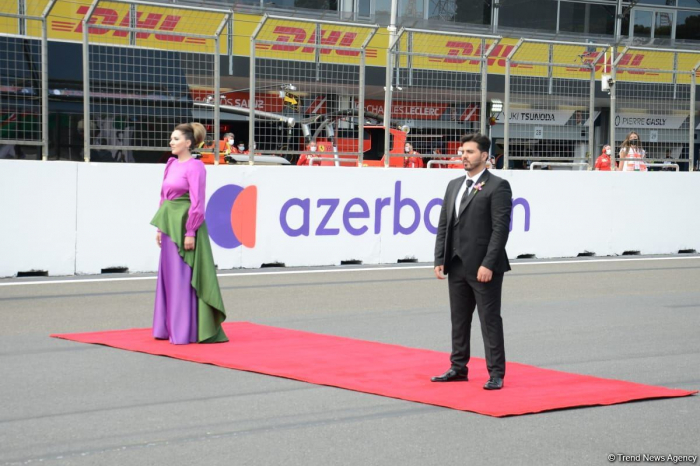 The ceremony of performing the national anthem of Azerbaijan was held before the beginning of the Final round of the Formula 1 Azerbaijan Grand Prix, AzVision.az reports.

Before the race, the pilots appeared on the track of the Baku City Circuit, all teams and guests of the event stood for the national anthem of the country.

The national anthem was performed by the participant of the Second Karabakh war (from late Sept. to early Nov.2020) Atash Garayev and Azerbaijani singer Sabina Babayeva.

During the performance of the anthem, representatives of various nationalities kept the state flag of Azerbaijan in their hands. They were built in the shape of the Roman numeral V, symbolizing the fifth Formula 1 competition taking place in Baku and reflecting the symbol of peace.

The Formula 1 Grand Prix of Azerbaijan is being held in Baku for the fifth time.