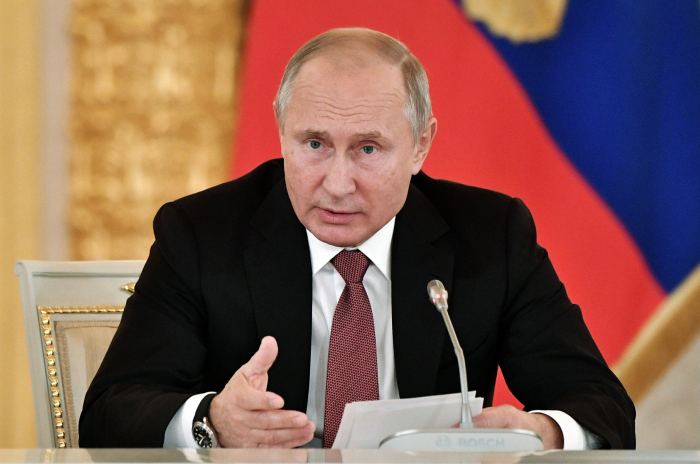 Russian President Vladimir Putin expects the upcoming summit with his US counterpart Joe Biden in Geneva on June 16 to restore personal contacts and establish dialogue on issues of mutual interest, the Russian leader said in an interview with the program, Moscow. Kremlin. Putin, on the Rossiya-1 TV channel, AzVision.az reports citing TASS.

A fragment of Putin’s interview was posted on the smotrim.ru website on Sunday.

"[It is planned] to restore our personal contacts and relations, establish a direct dialogue and create really functioning mechanisms of interaction in the areas of mutual interest," the Russian president said.

The Russia-US summit can be viewed as efficient, if it manages to create mechanisms of interaction in various areas, the Russian leader said in an interview with the program.

Among the issues of mutual interest, Putin named strategic stability, the topic of regional conflicts, nature conservation measures and environmental protection as a whole, on the global scale, and economic cooperation.

"If after this meeting we create mechanisms of work in all these areas, it seems to me that it would be good. It could be said that the meeting has been useful," Putin said.

The reduced US negative rhetoric towards Russia in the run-up to the summit in Geneva on June 16 should not be misled, Putin noted. "In the run-up to summit meetings, both sides always try to reduce some negative rhetoric to create the corresponding favorable atmosphere for work. There is nothing special in that. I would not be misled on this issue," the head of state said.

In Putin’s opinion, this is the manifestation "of a professional approach" from the US. "We are doing the same on our part," Putin stressed.