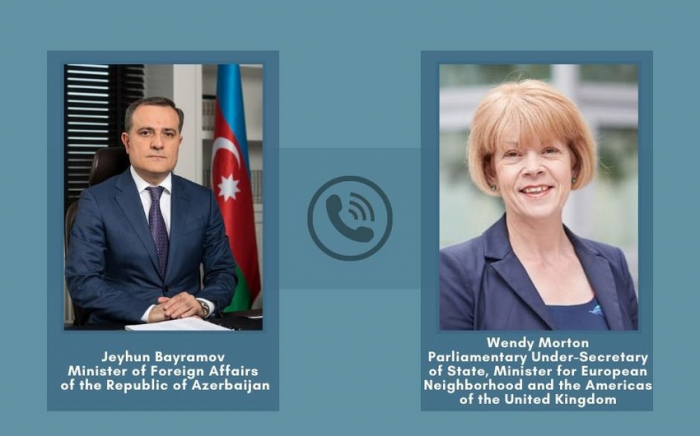 Azerbaijan’s Foreign Minister Jeyhun Bayramov on Monday had a phone conversation with Minister for European Neighborhood and the Americas at the UK Foreign, Commonwealth and Development Office Wendy Morton, the Foreign Ministry told AzVision.az.

Morton welcomed Azerbaijan’s return of 15 Armenian detainees in exchange for mine maps of Aghdam district.

The UK minister praised this move in terms of reducing tensions between the parties and building trust.

Morton also expressed her condolences over the death of three Azerbaijani civilians, including two journalists, as a result of a landmine explosion.

Minister Bayramov, in turn, thanked the UK for supporting the demining process in the liberated Azerbaijani lands through the UNDP and cooperating with Azerbaijan’s Mine Action Agency in this regard.

The sides also discussed issues of cooperation in the field of renewable energy, praising the memorandum of understanding signed by the Azerbaijani Ministry of Energy and BP in this regard.