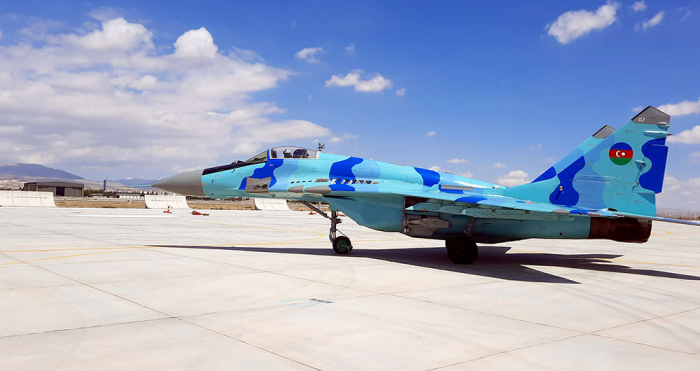 The flight crew of the Azerbaijan Air Force that will take part in the "Anatolian Eagle - 2021" International Flight-Tactical Exercises, has completed preliminary training, AzVision.az reports citing the press service of Azerbaijani MoD.

The military pilots carried out flights to study airspace flight zones, flight landing strips on the ground, and the air navigation state along the route and to familiarize themselves with the conditions at the departure and landing airfields, as well as alternate airfields.

At the same time, the representatives of the flight crews from different countries viewed the tasks fulfillment areas during the flight carried out as part of the training exercises.

Two MiG-29 fighters and two Su-25 attack aircraft of the Azerbaijan Air Force will be involved in the "Anatolian Eagle - 2021" International Flight-Tactical Exercises that will start on June 21.