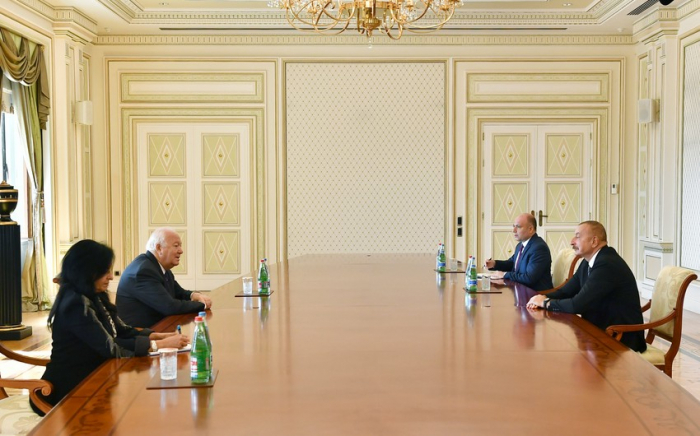 "I want to thank you for visiting our country, as well as the liberated territories. You spoke about your feelings. I think that everybody has the same feelings," Azerbaijan President Ilham Aliyev said.

President made the remarks at his meeting with High Representative for the United Nations Alliance of Civilizations (UNAOC) Miguel Angel Moratinos on June 23.

" Thank you very much for visiting us and also for visiting the liberated territories. You have talked about your feelings. I think everybody have the same feelings. When I visited Aghdam for the first time after the war, I felt both sadness and sorrow, and at the same time the feeling of decisiveness but to rebuild the city. You have probably been informed that in less than a month, we already launched the process of reconstruction. As you saw, everything has been destroyed. At the same time, there are 97,000 mines only in Aghdam district. We managed to get minefield maps from Armenia only for Aghdam district. There are hundreds of thousands of mines in other districts. They are refusing to give us the maps, and we already had more than 100 casualties. After the war stopped, almost 30 people were killed, and more than 100 civilians were severely injured from land mines, anti-personnel mines and anti-tank mines, including two journalists who died in the beginning of this month," the head of the state said.