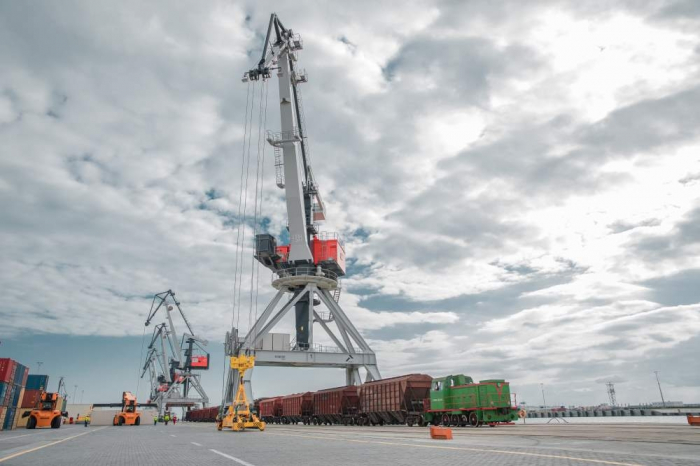 The Federation of Indian Chambers of Commerce & Industry (FICCI) and the Embassy of India in Baku have jointly organized an online webinar on “Activating International North-South Transport Corridor (INSTC): Role of Azerbaijan”.

Addressing the webinar, Indian Ambassador to Azerbaijan Bawitlung Vanlalvawna said that 32 containers have departed from Helsinki en route to Indian port of Nava Sheva using the INSTC route that travels through Russia, crosses Azerbaijan and transit Iran to reach India. He highlighted the various contributions made by Azerbaijan towards the operationalisation of INSTC. "Azerbaijan is one of the most prepared countries in infrastructure including rail-road lines from Astara, Azerbaijan to Russia to establish enhanced connectivity," he said.

Bawitlung Vanlalvawna noted that Azerbaijan is strategically located and plays a crucial role in the connectivity of the INSTC route.

Deputy Head of United Transit Operator Department of the Ministry of Economy of Azerbaijan Orkhan Mustafayev talked about INSTC as an important corridor in terms of competitiveness. He alluded on application of a one window principle at INSTC and invited important stakeholders in PPP partnerships, investment by industry and government for the development of INSTC.

MD, GLOBAL EXPRESS MULTILOGISTICS PVT LTD and Chairman Elect - Federation of Freight Forwarders Associations in India Shankar Shinde stated that in spite of US Sanctions, we have been able to have seamless movement of goods because of TIR convention and government of India initiatives.

He drew attention to Azerbaijan as an important player in INSTC as it is strategically located and opens opportunities not only on the north south corridor, but also the eastern corridor. He noted that active participation from stakeholders is important and will help address challenges from time to time.

He suggested concerns related to dispatching of materials, commodities under sanctions and goods that can be sent across borders as key issues to be addressed by the government for seamless movement of goods on the INSTC route.

Head of Logistics Department of ADY Express LLC Yusif Ramazanov spoke on various projects and shipment capacities undertaken by the ADY Express over the years.

Marketing Department from Port of Baku Nijat Shabanli Azerbaijan provided important insights on the port of Baku and its development of trade over the years with India and other countries.