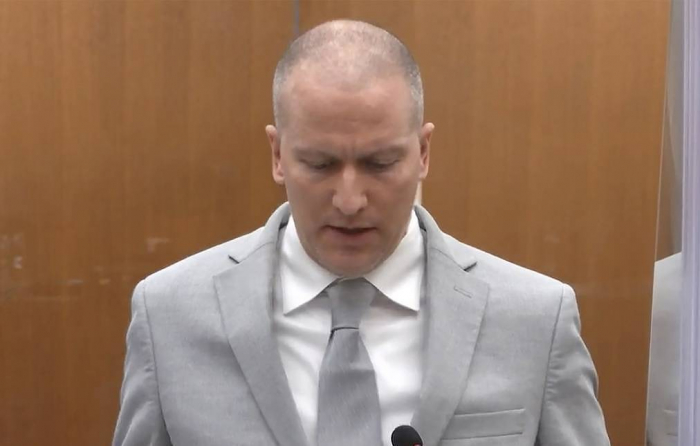 A US court in Minneapolis (Minnesota) on Friday sentenced former police officer Derek Chauvin to 22.5 years behind bars for the murder of George Floyd, according to an online broadcast by the Star Tribune web portal.

The verdict was read out by Judge Peter Cahill.

In the statement, the judge said the sentence was not based "on emotions or sympathy" or "public opinion." At the same time, he said Chauvin’s sentence was more severe than the presumptive sentence for this type of crime, because, in his view, it was committed with aggravating factors, such as abuse of power and particular cruelty.

Chauvin can be released on parole after serving two-thirds of his sentence, or about 15 years.

Commenting on the verdict, US President Joe Biden described it as "appropriate," the White House press service said.

"I don’t know all the circumstances that were considered but it seems to me, that under the guidelines, that seems to be appropriate," Biden told reporters during a meeting with Afghanistan President Ashraf Ghani and High Commission for National Reconciliation Chair Abdullah Abdullah.

The crowd that gathered near the court building in Minneapolis met the verdict with mixed emotions, a TASS correspondent reported from the scene.

About a hundred of activists who were waiting outside for the sentence to be announced, expressed no joy or satisfaction over it. Some of them called for justice and announced plans to organize a rally in the city soon.

The high-profile trial began on March 8. George Floyd, an African-American Minneapolis man, was detained by the police in Minneapolis on May 25, 2020 and died after Chauvin kneeled on his neck and choked him to death while he was being taken into custody. Mass unrest engulfed many US states over the death of Floyd. To counter the riots, local law enforcement was often supported by the US National Guard. Some 40 cities, including New York and Washington, enacted a curfew.