Protestors block the road in Armenia 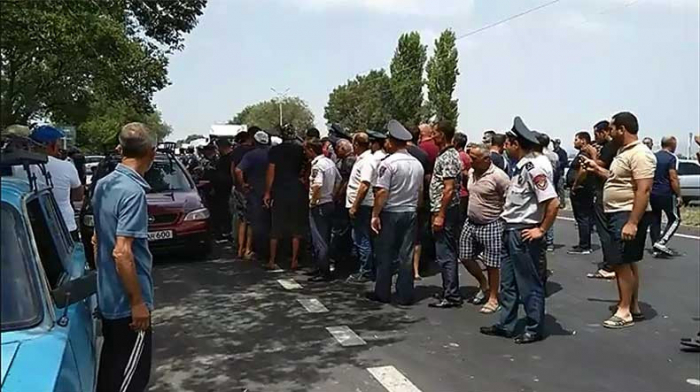 Residents of Armenia's Armavir region have blocked the road on the Yerevan-Armavir motorway—near Hovtamej village in Armavir Province of Armenia—, and they demand to resolve their irrigation water issue, AzVision.az reports citing the Armenian media.

The villagers say that they will not reopen the road until the governor of Armavir comes to the scene.

They say that the streams in the area have dried up and their crops are drying up. "We have planted goods, we have paid for the irrigation water service, but there is no water to irrigate our crops," one of them said.

The police tried to reopen the road, but the villagers resisted, and a scuffle broke out between them.