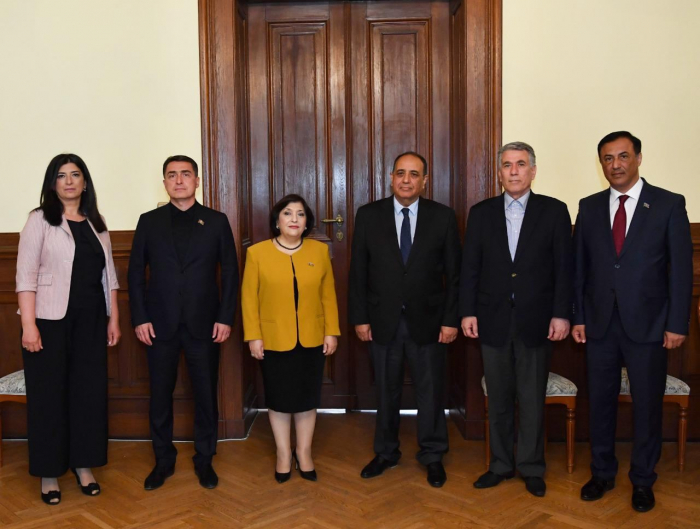 Azerbaijan’s parliamentary delegation headed by the parliament’s chairperson Sahiba Gafarova visited Azerbaijani embassy in the capital of Hungary, Budapest on June 28, AzVision.az reports citing in the press and public relations department of the parliament.

The delegation members laid flowers at the bust of the national leader of the Azerbaijani people, Heydar Aliyev. During the meeting at the embassy, ​​the MPs were informed about the work of the diplomatic mission.

During the visit, Gafarova will hold meetings with Hungary’s Prime Minister Viktor Orban, Speaker of the National Assembly Laszlo Kover and members of the inter-parliamentary group of friendship with Azerbaijan.

The meeting participants will exchange views on the current level of inter-parliamentary relations, directions of their development and expansion of cooperation in other areas.

The Azerbaijani parliament’s chairperson will also visit the local office of the Turkic Council and the Diplomatic Academy, where Gafarova will deliver a speech.