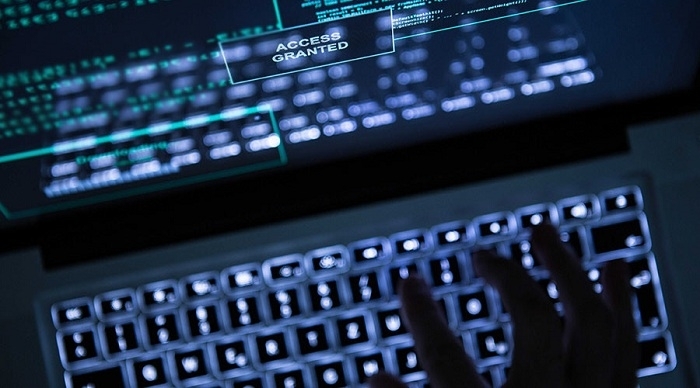 Measures being carried out by various structures of Azerbaijan to prevent cyber threats and threats related to information security have strengthened the country's position in the Global Cybersecurity Index, AzVision.az reports citing a source in the Central Bank of Azerbaijan (CBA).

According to the source, Azerbaijan climbed 15 positions in the global cybersecurity rating and took 40th place among 194 countries.

The CBA pays great attention to preventing external cyber threats associated with both the COVID-19 pandemic and the country's 44-day war last year [for liberating its territories from Armenian occupation], and the spread of Internet fraud in the world.

Besides, the CBA is taking preventive measures to increase the level of preparedness for cyberattacks against commercial banks operating in the country.

"As part of these measures, work is being carried out to protect information resources and systems from possible attacks, as well as to timely prevent cases of cybercrime," the source said. "Along with this, measures are aimed at ensuring the protection of exploited information resources from possible threats, increasing the overall level of training in cyber security, as well as ensuring information security when exchanging data."

In this regard, the source noted that cyber attacks aimed at violating the confidentiality and availability of information resources are one of the most serious problems of our time.

"The innovative digitalization of the economy, the emergence of new generation technologies, the formation of new solutions, such as information and communication systems based on cloud technologies and block-chain, re-actualize the importance of aspects of information and cyber security," the bank’s experts said. "We carry out ongoing activities to ensure business continuity in the financial and banking sector of the country, adequate response to incidents in the field of security, as well as the creation in this direction of a control framework based on international standards."

"One of the measures implemented within the ’State program for expansion of digital payments in Azerbaijan for 2018-2020’, approved by the order of the country’s president, the security requirements for IT systems of banks have been strengthened," the experts added. "A working group has been formed to prepare a regulatory framework in the field of IT security in Azerbaijani banks, international standards and approaches to this issue of leading central banks have been studied."

Besides, according to the director of the Center for the Development of the Electronic Government of Azerbaijan, Fariz Jafarov, in the field of cyber security, it’s necessary to take into account both the protection of physical state information systems and the safety of the population using digital government services.

"In this regard, we have developed and launched a project of a single authorization on government portals. At the same time, the protection of state systems is provided by the DATA center, created by AzInTelecom LLC under the Ministry of Transport, Communications and High Technologies. The center applies various procedures for the physical security of information, network infrastructure and a number of other areas in accordance with international standards," Jafarov said.

He stressed that the Center for the Development of Electronic Government has created special standards for employees, which regulate their activities in a particular information area. Along with this, a national system for the secure exchange of information between organizations, ASAN Bridge, has been developed, which allows the exchange of information between government agencies via a single gateway in an encrypted form, reducing the likelihood of third-party use of this data to zero.

Managing Director of Kaspersky Lab in Russia, the CIS and the Baltic States Mikhail Pribochiy noted that Azerbaijan is very responsible in the implementation of ensuring the cyber security of critical infrastructure.

"The digitalization of industry can significantly increase the efficiency of any production, both through automation and through the analysis of data that comes from many devices of the industrial Internet of Things (IoT)," Pribochiy said.

"Azerbaijan is a country where such technologies are rapidly developing and on this path it is extremely important to understand and the risks that accompany this process, because cyber attacks can cause irreparable damage to the country's economy and affect people's health," he added.

As the managing director stressed, it’s important that in the future, when the concept of Industry 4.0 begins to penetrate urban infrastructure, transport, housing and communal services, healthcare and other areas, cyber security continues to be one of the main elements that are laid in the foundation at the earliest stages. This will not only improve the quality of life for people, but also protect the huge amounts of data which are collected by such systems from cyber attacks.

Azerbaijan's use of modern technologies allowed it not only to rise by 15 positions in the global cyber security rating, but also to take the third position among the CIS countries.