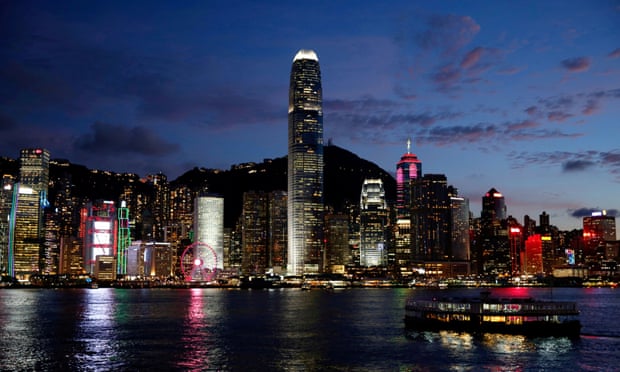 An Asian industry group that includes Google, Facebook and Twitter has warned that tech companies could stop offering their services in Hong Kongif the Chinese territory proceeds with plans to change privacy laws, AzVision.az reports citing the Guardian.

The warning came in a letter sent by the Asia Internet Coalition, of which all three companies, in addition to Apple Inc, LinkedIn and others, are members.

Proposed amendments to privacy laws in Hong Kong could see individuals hit with “severe sanctions”, said the 25 June letter to the territory’s privacy commissioner for personal data, Ada Chung Lai-ling, without specifying what the sanctions would be.

“Introducing sanctions aimed at individuals is not aligned with global norms and trends,” said the letter, whose contents were first reported by the Wall Street Journal.

“The only way to avoid these sanctions for technology companies would be to refrain from investing and offering their services in Hong Kong, thereby depriving Hong Kong businesses and consumers, whilst also creating new barriers to trade.“

In the six-page document, AIC managing director Jeff Paine acknowledged the proposed amendments focus on the safety and personal data privacy of individuals. “However, we wish to stress that doxing is a matter of serious concern,” he wrote.

Hong Kong saw an unprecedented wave of doxing – or publicly releasing private or identifying information about an individual or organisation – during the mass pro-democracy protests in Hong Kong in 2019. Personal details were released by parties on both sides, with police, politicians, journalists and activists targeted, as well as their families.

The details of some officers’ home addresses and children’s schools were also exposed by anti-government protesters, some of whom threatened them and their families online.

“We … believe that any anti-doxing legislation, which can have the effect of curtailing free expression, must be built upon principles of necessity and proportionality,” the AIC said.

On Tuesday morning at a regular press briefing, Hong Kong’s chief executive, Carrie Lam, said the proposed law would only target “illegal” doxing, and said the privacy commissioner would be happy to meet with tech companies if they had concerns.

“There is wide support that doxing should be legislated against,” Lam said. “The amendment exercise is to address the issue of doxing. The privacy commissioner is empowered to take action and carry pout investigation - that’s it.”

She said all new legislation attracted concern, giving the national security law as an example, but claimed fears expressed about the impact that would have had been shown not to eventuate. The national security law has been widely and internationally condemned, but Hong Kong authorities maintain it has brought stability to the city.

Lam said that security law had been “slandered and defamed”. “It’s the same case for the privacy law,” she concluded.

A sweeping crackdown on opposition and dissent by Hong Kong authorities accelerated with the implementation of the Beijing-designed national security law last year. More than 10,000 people have been arrested in relation to the protests, and at least 128, including journalists and politicians, in relation to new national security offences. The Hong Kong government has rejected international criticism of its crackdown, and instead vowed to further strengthen laws.