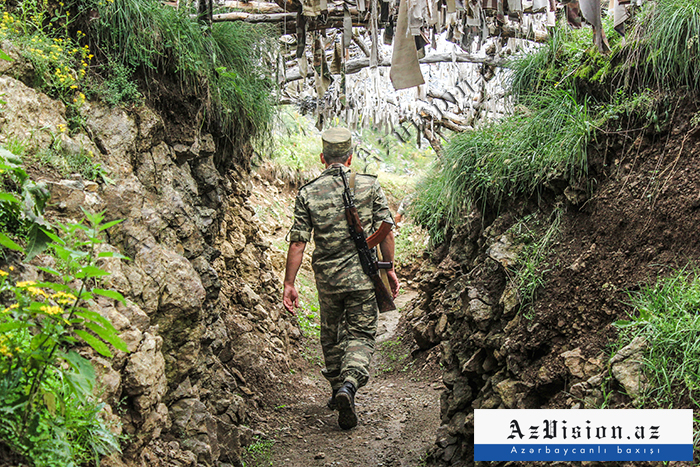 On July 6, at about 17:50, illegal Armenian armed detachments located in the territory of Azerbaijan, where the Russian peacekeeping forces are temporarily deployed, subjected to fire the units of the Azerbaijani Army stationed in the direction of the Aliagali village of the Agdam region, the Azerbaijani Ministry of Defense told AzVision.az.

As a result of the shooting, a serviceman of the Azerbaijan Army, senior warrant officer Dadashov Sakit Ahliman, who was involved in road improvement work, was wounded.

The wounded serviceman received first aid and was evacuated to a military hospital.

The Russian Peacekeeping Forces Command and the Turkish-Russian Joint Monitoring Center have been informed to investigate the incident.