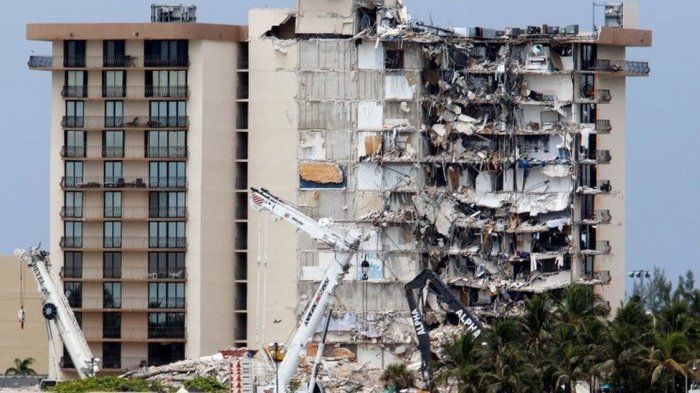 There are 109 "reports of people who are potentially unaccounted for," the mayor said.

Miami-Dade County Fire Chief Alan Cominsky said they failed to find any positive signs in regard to voids or livable spaces as rescue workers continue to search the rubble left behind.

Search and rescue were forced to pause for about two hours Tuesday afternoon because of lightning and some gusts of wind that went above 30 miles (48 km) per hour with Tropical Storm Elsa approaching, according to a CNN report.