14 rockets hit military base in Iraq housing US troops 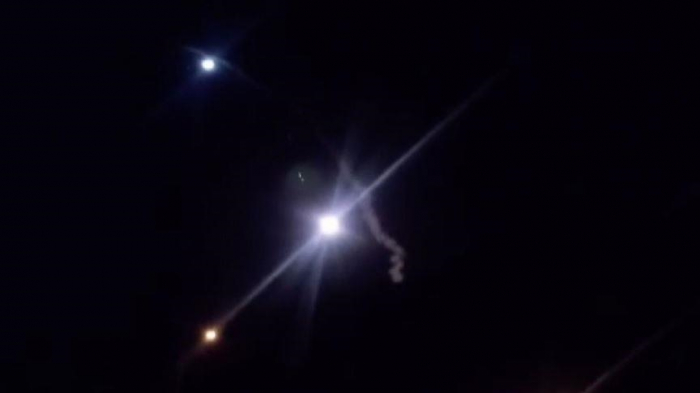 At least two US soldiers in Iraq were injured Wednesday after over a dozen rockets hit a military base which houses US soldiers, officials said, AzVision.az reports citing Anadolu Agency.

“At approx. 12:30 PM local time (0930GMT), Ain Al-Assad Air Base was attacked by 14 rockets. The rockets landed on the base and perimeter. Force protection defensive measures were activated … Damage is being assessed," Col. Wayne Marotto, a spokesman for the US-led international coalition against Daesh/ISIS, said on Twitter.

In a later tweet, the spokesman said two personnel had sustained minor injuries.

Marotto did not provide information about who organized the attack or whether it was countered, but the US has blamed past attacks on Iranian-backed militias.

On Tuesday evening, the International Airport in Erbil, capital of the northern Iraq Kurdish Regional Government (KRG) region, where US soldiers are stationed, was also attacked with bomb-laden drones.