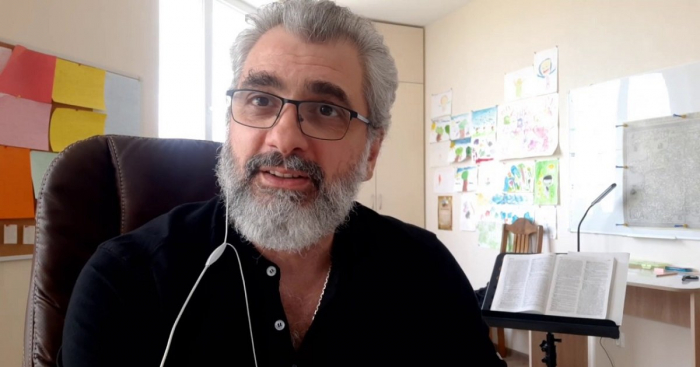 A new video appeared on VMedia YouTube channel that aims to expose fakes created in Armenia, especially fakes of a historical nature.

“At the very beginning, geographers and cartographers called Armenia one of the regions of Asia. At first, it was just an Asian region. All those who inhabited Armenia were called Armenians, without exception. However, most of those who inhabited then Armenia were Muslims,” the YouTube channel cited Philip Ekozyants, a Russian scientist and historian of Armenian origin, as saying.

Ekozyants said that a little later, representatives of the Christian sect began to be called Armenians. “They were trying to turn the region of Armenia into a Christian state of Armenia.”

The YouTube channel notes that there are many such examples in history when the name of a country in ancient times is confused with any modern country. For example, the Volga Bulgaria has nothing to do with present-day Bulgaria, just like today's Albania is in no way connected with the Caucasian Albania that existed in antiquity, and the inscription "Germanicus" on the rocks in Gobustan does not mean that the Germans passed here.

“Verify the meaning of words, and you will save mankind from half of their delusions,” the YouTube channel also quoted famous mathematician René Descartes as saying.

This is especially important when it comes to history and events of the distant past.

“Given all this, Ekozyants invites Armenians to look at themselves from the outside. Maybe after that, the Armenians will stop talking about the most "ancient nation", about the "first Christian state" and the Armenian nationalists will finally reconsider their aggressive policy towards neighboring states,” the channel emphasized.