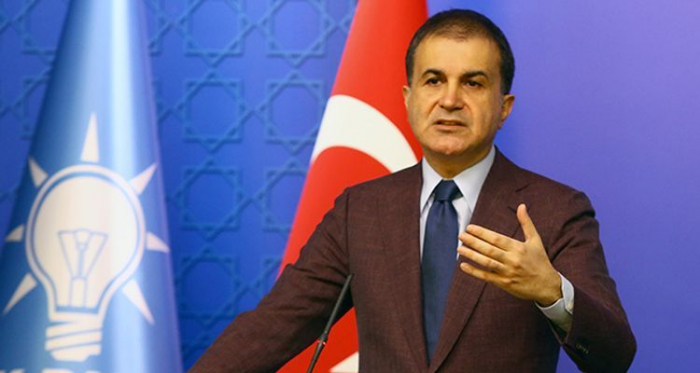 The ruling party of Turkey urged Armenia not to follow the lead of the circles encouraging the country to provocate in the region, Spokesman for the ruling Justice and Development Party (AK Party) Omer Celik tweeted stating that the aggressive policy of Yerevan will not bring any benefit to this country.

"Armenia should not engage in self-deception and succumb to the rhetoric of circles encouraging it to provocations similar to the one that took place in the direction of the Kalbajar district of Azerbaijan," he wrote.

The deputy chairman of the AKP strongly condemned the actions of the Armenian Armed Forces, which led to the death of an Azerbaijani soldier on the border of the two countries the day before.

"Yerevan's aggressive policy is a threat to peace in the region. The responsibility for the consequences is also borne by the forces that induce Yerevan to take such actions. These forces will definitely not support Armenia when a proper answer is given. Armenia's situation will only get worse," he said.

Celik also recalled the initiative of Turkish President Recep Tayyip Erdogan to form a mechanism for dialogue and cooperation between the countries of the region. "If Armenia refuses to aggressively acts, it will be able to become a part of this mechanism. Yerevan should not lose this historic chance and comprehensively assess the calls of the leaders of Turkey and Azerbaijan. Otherwise, this country will face new problems. Armenia cannot jeopardize regional peace. This will not be allowed."