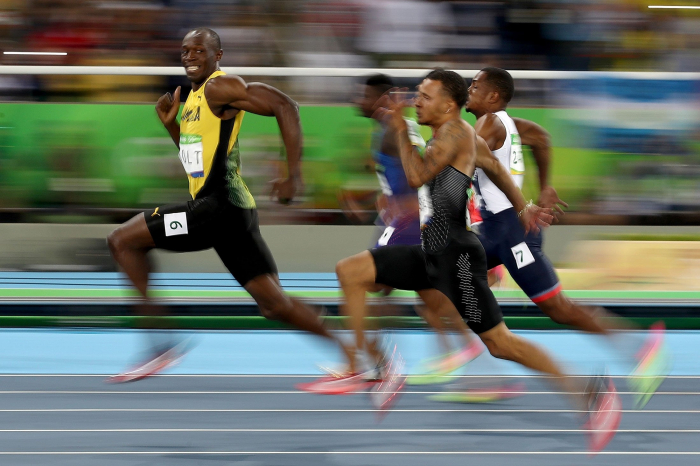 Usain Bolt of Jamaica competes in the Men's 100-meter semifinal on Day 9 of the Rio 2016 Olympic Games at the Olympic Stadium in Rio de Janeiro, Brazil, Aug. 14, 2016. During his legendary career Bolt won eight gold medals and holds the world record in the 100 and 200 meters. 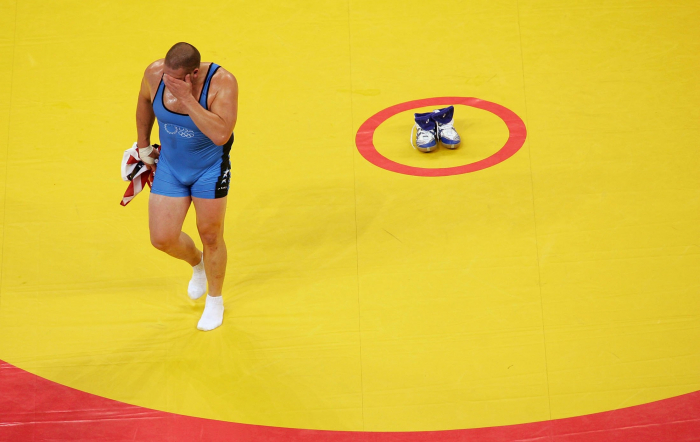 Rulon Gardner of the USA wipes his face as he walks off the mat leaving his shoes behind to signify his retirement after winning the bronze medal with his victory over Sajad Barzi of Iran in the men's Greco-Roman wrestling 120 kg bronze medal match round Aug. 25, 2004, during the Athens 2004 Summer Olympic Games at Ano Liossia Olympic Hall in Athens, Greece. (GETTY IMAGES) 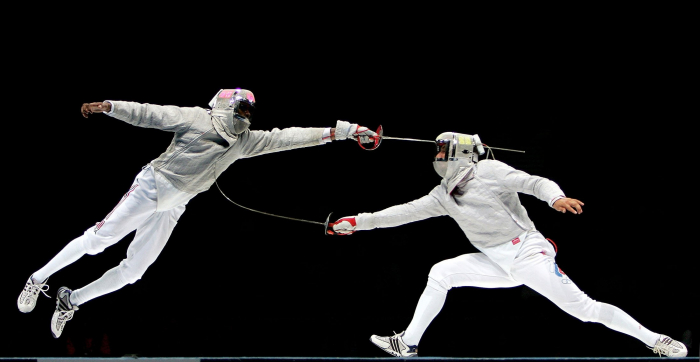 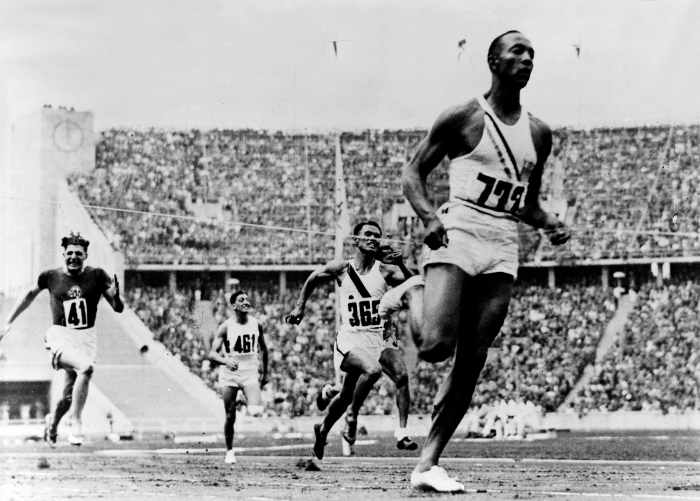 U.S. track star Jesse Owens wins the 100-meter sprint at the 1936 Summer Games. In total, he gained four gold medals at the games taking place in Berlin during the rule of Adolf Hitler in Nazi Germany. Hitler's intention was to present the "superiority" of the Aryan race to the world, which was thoroughly ruined by Owens' performance – making him a cultural icon. (GETTY IMAGES) 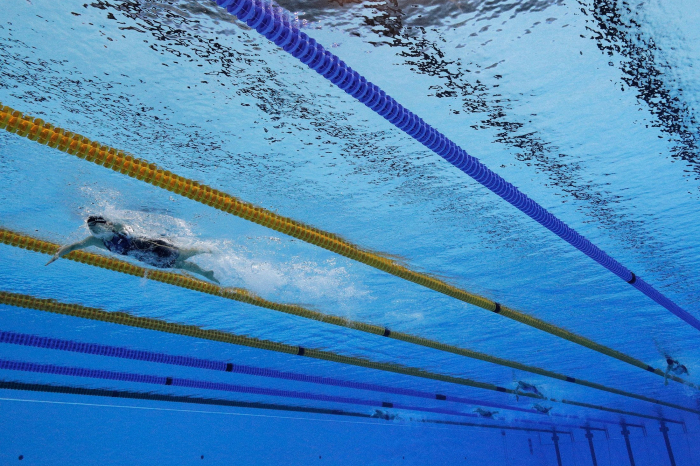 Katie Ledecky of the United States leads the field in the Women's 800m Freestyle Final on Day 7 of the Rio 2016 Olympic Games at the Olympic Aquatics Stadium in Rio de Janeiro, Brazil, Aug. 12, 2016. Ledecky was the first athlete since 1968 to win the 200-, 400- and 800-meter freestyles at the same Olympics in swimming.(GETTY IMAGES) 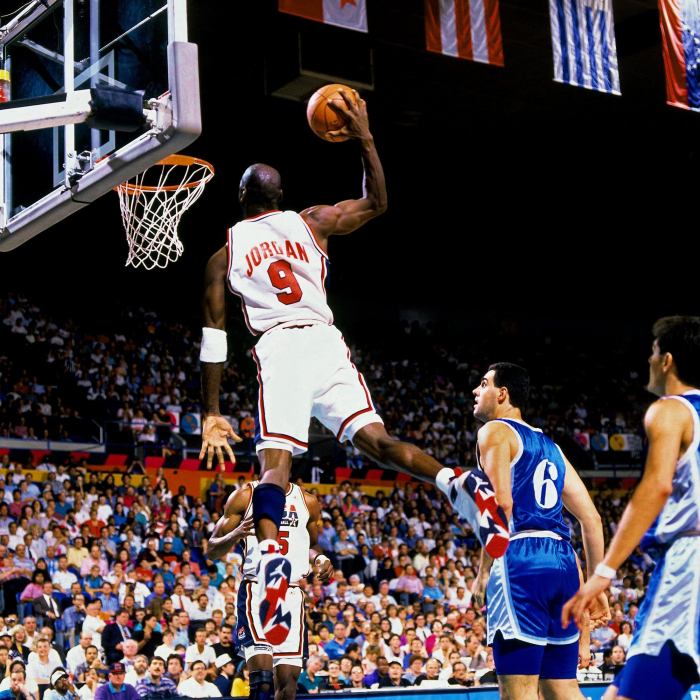 Michael Jordan #9 of the United States National Team, dubbed the "Dream Team," soars for a dunk during the 1992 Olympics in Barcelona, Spain, 1992.(COPYRIGHT 1992 NBAE/GETTY IMAGES) 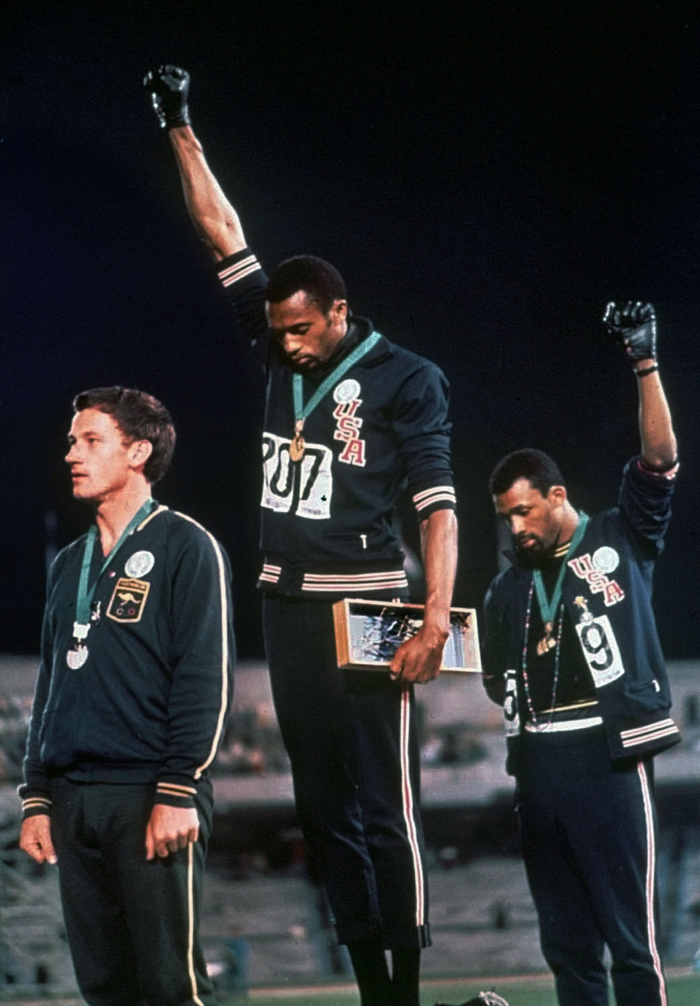 Extending gloved hands skyward in protest, U.S. athletes Tommie Smith (C) and John Carlos (R) stare downward during the national anthem after Smith received the gold and Carlos the bronze in the men's 200 meters at the Summer Olympics in Mexico City, Oct. 16, 1968. Australian silver medalist Peter Norman is at the left. In a major shift in policy, the U.S. Olympic and Paralympic Committee committed to not sanction athletes who use their platform for social demonstrations. The USOPC stance sets up the possibility for conflict and confusion at the Tokyo Games, where the IOC will be in charge. (The AP Photo) 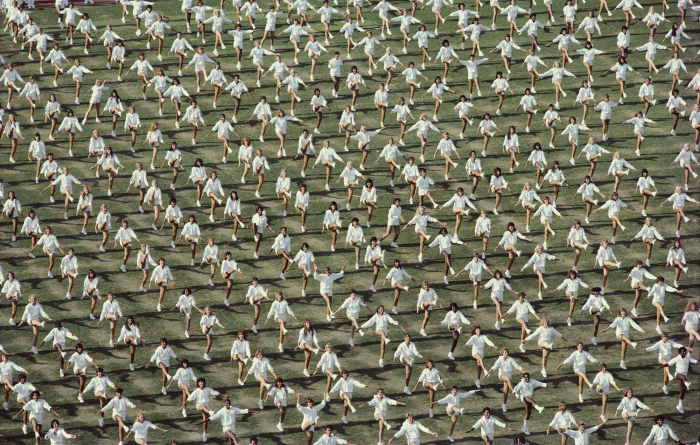 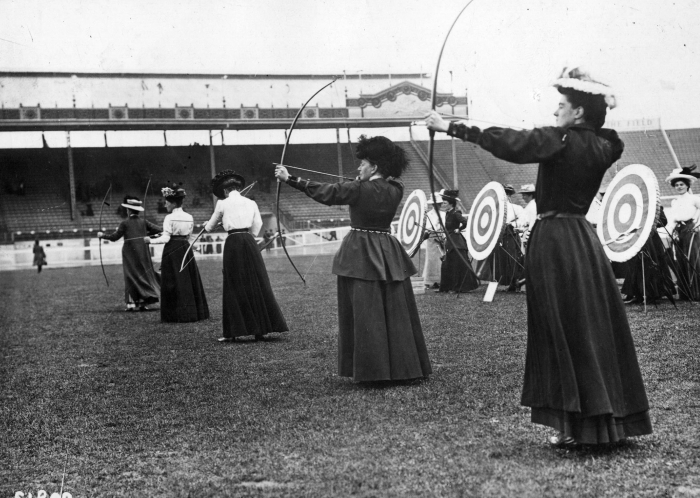 Women archers participating in the National Round (60 yards-50 yards) at the 1908 London Olympics, which was won by Sybil 'Queenie' Newall of Great Britain, July 15, 1908. (GETTY IMAGES)