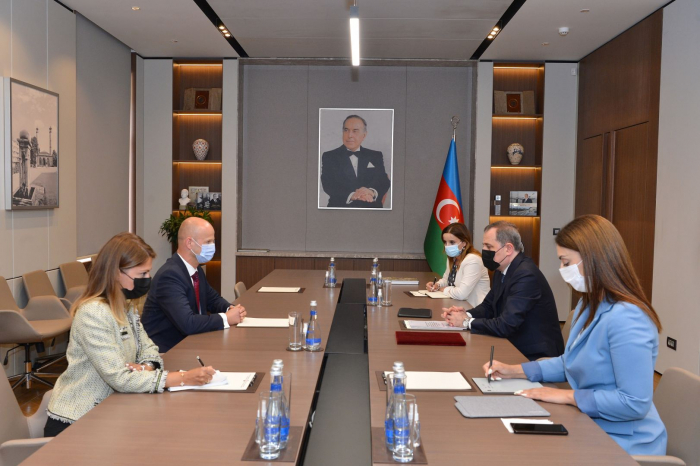 According to the press service, Heikens presented a copy of the letter on his appointment to the minister.

Bayramov congratulated him on the appointment and wished him success in his work.

The minister noted that since the first years of independence Azerbaijan has established mutually beneficial cooperation with UNICEF.

He also expressed confidence that the experience of the new head of the office will further strengthen the existing cooperation between Azerbaijan and the organization.

Heikens thanked the minister for the reception and expressed his satisfaction with the appointment to Azerbaijan.

Besides, the UNICEF official expressed confidence that the successful cooperation between Azerbaijan and the organization in many areas will continue.

He stressed the importance of access to quality education for all children and spoke in details about the work carried out by UNICEF in this regard during the global COVID-19 pandemic.

Bayramov told the new head of the UNICEF office about the consequences of Armenia's aggressive policy towards Azerbaijan, including targeted attacks on the Azerbaijani civilian population, houses, schools and other civilian objects [during the 2020 Karabakh war].

During the meeting, the parties also exchanged views on other issues of mutual interest.