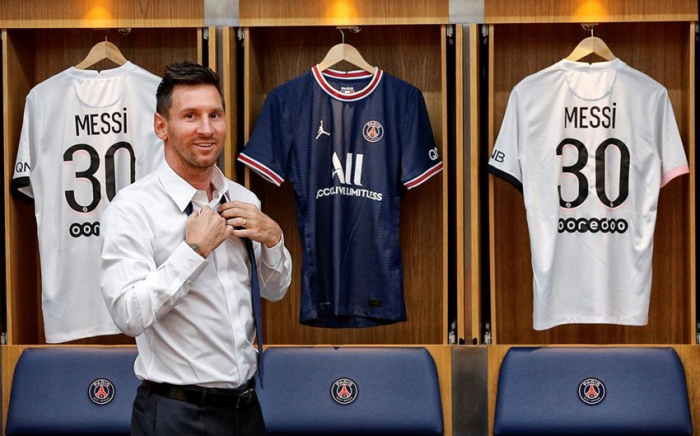 One of the biggest transfers of all time has finally happened, and Lionel Messi has a new club after 21 years at Barcelona.

Following a move to Paris Saint Germain on a free transfer, the club released the footballing icon's new shirts on their website but sold out in 'record time,' AzVision.az reports citing Daily Star.

Lionel Messi has chosen the no.30 shirt he wore at the start of his Barcelona career after Ligue 1 granted PSG an exception with the number that's usually reserved for goalkeepers.

Following the announcement, these shirts were released on PSG's online store, and both Messi's home and away shirts sold out in under 20 minutes.