Occupation of Kalbajar was a tremendous tragedy for Azerbaijani people- President 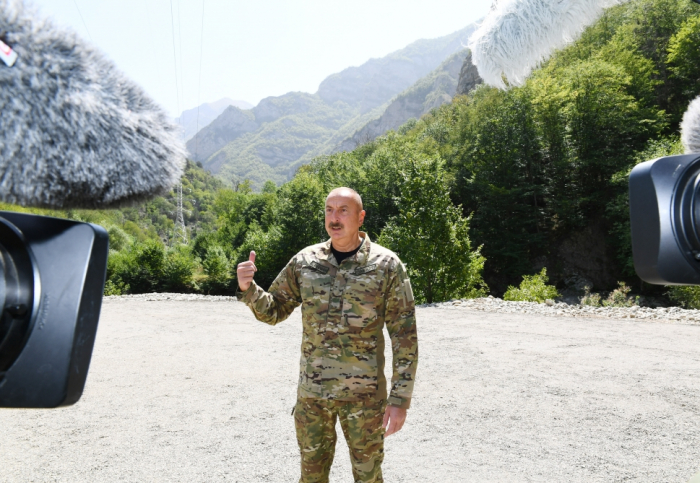 Their treacherous and anti-national government paved the way for the occupation of Kalbajar. Because they were in power almost from the spring and summer of 1992, and for the duration of one year they were only engaged in looting, bribery, robbery, lawlessness and other ugly deeds. Many are forgetting that now. The younger generation is unaware of this. That was a period of our national tragedy, a period of national humiliation. The PFPA-Musavat government was perhaps one of the most disgraceful governments in the world, perhaps the most disgraceful. The country was getting lost, civil confrontation in the country was at its peak, the lands were under occupation, but they were only thinking of their own interests. The anti-national elements that came to power isolated Azerbaijan from almost all international partners, foreign partners, made serious mistakes in both foreign and domestic policy, committed crimes. The occupation of Kalbajar is the product of the treacherous PFPA-Musavat government,” President Ilham Aliyev mentioned.