Representatives of Azerbaijani diaspora on visit to Shusha 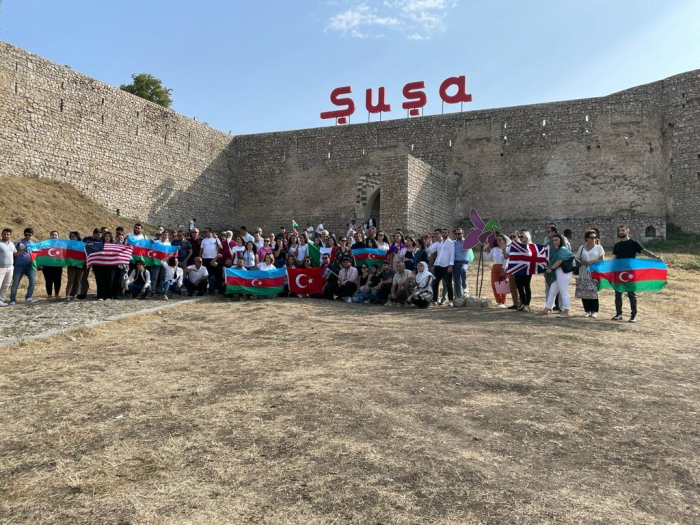 The State Committee for Diaspora Affairs organized a trip to the city of Shusha for the second group of representatives of the diaspora in Azerbaijan, AzVision.az reports citing the state committee.

As part of a one-day trip organized under the slogan ‘We are in Shusha thanks to the power of an iron fist,' representatives of the Azerbaijani diaspora will view the pearls of the historical and cultural heritage of the cultural capital of Azerbaijan, visit the square of the ‘Shot Monuments’, which are evidence of Armenian vandalism, as well as the place where the Shusha Declaration, which closely links Azerbaijan and Turkey, was signed, one of the main gates of the Shusha fortress - the Ganja gates, the ancient history of the mosques of Saatli, Ashagi and Yukhari Govhar agha, the estates of the Mehmandarovs and Khurshidbanu Natavan, Jidir Plain and other historically significant places.

On behalf of the country's leadership, representatives of the diaspora are informed in detail about the restoration and reconstruction work carried out in Shusha and other places of Karabakh.

The first trip of representatives of the diaspora to Shusha was organized by the state committee on July 27 and aroused great interest.