US troops may stay past withdrawal deadline - Biden 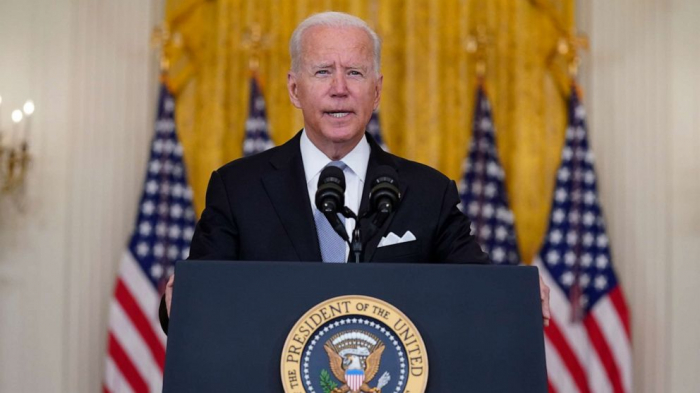 Mr Biden wants US forces out by the end of this month, but up to 15,000 US citizens are stranded in the country.

The US president told ABC News the turmoil in Kabul was unavoidable.

Foreign governments are ramping up the airlift of Western citizens and Afghans who worked with them.

Washington has pledged to evacuate all remaining American citizens, along with 50-65,000 Afghans - such as former translators for the US military.

The Pentagon has told reporters it aims to expand the airlift to 9,000 people a day.

About 4,500 US troops are in temporary control of Karzai International Airport in the nation's capital, but Taliban fighters and checkpoints ring the perimeter.

Since Sunday 12 people have been killed in and around the airport, a Taliban official told Reuters news agency. The deaths were caused by gunshots or stampedes.

The Taliban are blocking Afghans from entering the airport without travel documents - but even those with valid authorisation have struggled.