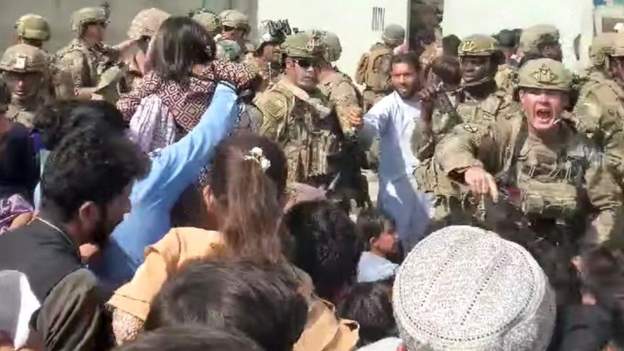 Seven Afghan civilians have died in the crowds outside Kabul airport, as people desperately try to flee the Taliban takeover of Afghanistan, the UK's Ministry of Defence (MoD) has said, BBC reported.

"Conditions on the ground remain extremely challenging but we are doing everything we can to manage the situation as safely and securely as possible," a spokesperson said in a statement.

There have been chaotic scenes outside Kabul airport as thousands of Afghans have desperately tried to escape and governments have scrambled to evacuate their citizens and eligible Afghan colleagues.

About 4,500 US troops are in temporary control of Hamid Karzai International Airport, with some 900 British soldiers also on patrol at the site as part of efforts to secure the evacuation flights.

Taliban militants have been manning checkpoints around the perimeter of the airport and blocking Afghans without travel documents from entering.