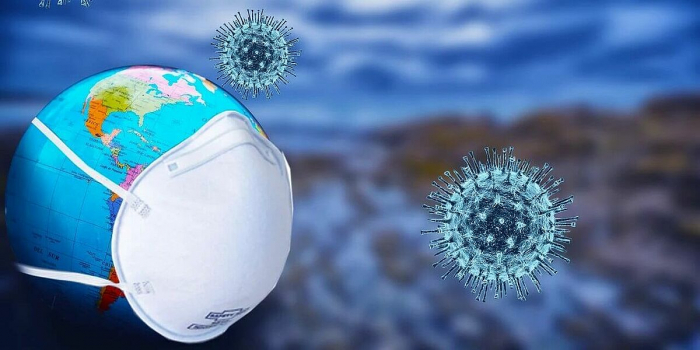 The COVID-19 pandemic has prompted soul-searching in the West, with many proposing radical reforms to longstanding economic and political structures. But we should pause to consider the historically unprecedented benefits that the current system has given us.

No one would want to repeat the past 18 months. COVID-19, climate change, and global political developments have left tens of millions of people worse off physically and financially. The news has been filled with accounts of horrifying death rates, viral mutations, pandemic restrictions, extreme weather, economic hardship, political conflict, and – now – the fall of the Western-backed Afghan government.

There has been much finger-pointing, as well as many proposals for fundamental changes to economic and political structures. Many Chinese boast that their country’s authoritarian system has performed better than the world’s democracies, and they are not alone. Harsh critiques of the West are also emanating from within its own borders.

Yet notwithstanding the severity of the current hardships, there seems to be a collective ignorance or amnesia about how much worse things were in the past. There have been epidemics and pandemics throughout history, and none has ever been addressed as quickly and satisfactorily as this one has by modern medicine. Even after accounting for the coronavirus’s disparate geographic and demographic consequences, the fact remains that people today are far better off than they would have been had the pandemic arisen in any previous era.

Consider living standards, which were extremely low everywhere until around 1800, when they started rising gradually in the West. Not until 1870 – only 150 years ago – did economic growth really start accelerating. As Robert J. Gordon of Northwestern University recounts in The Rise and Fall of American Growth:

“The century of revolution in the United States after the Civil War was economic, not political, freeing households from an unremitting daily grind of painful manual labor, household drudgery, darkness, isolation, and early death. Only 100 years later, daily life had changed beyond recognition.”

Between 1870 and 2020, US life expectancy rose from about 45 years to 77 years. Infant mortality fell from 215 per 1,000 births in 1880 to under six per 1,000 in 2020. These major advances in the quality of life were the result of improvements in both nutrition and public health. Nutrition improved not only because real (inflation-adjusted) wage growth enabled better diets, but also because refrigeration, preservation innovations (such as canning vegetables), and other discoveries provided safer and more nourishing foods in all seasons.

At the same time, medical advances such as the germ theory of disease, inoculation for smallpox, and the discovery of penicillin played a major role in combating illness and reducing premature deaths. And additional contributions came from modern sanitation practices, indoor toilets, purified water, cleaner streets (as cars replaced horses), and window screens on houses (which reduced the threat of insect-borne diseases).

It is hard for people in rich countries today to understand what life must have been like without refrigeration, clean water, indoor plumbing, public-health services, and electricity. Just imagine what lockdowns during the 1918 influenza pandemic must have been like for households without telephones, televisions, or microwaves (not to mention hope of vaccines). Today’s living standards are so much better as to be virtually incomparable.

The public and private sectors both played vital roles in driving this progress. The economic system provided incentives for innovation and productivity increases in the private sector, while the state provided a realistic commercial code, infrastructure, and other public goods.

Now consider the COVID-19 pandemic itself. In the past, the US experienced periodic epidemics of yellow fever, smallpox, polio, and flu, among other diseases. In 1906-07, an outbreak of typhoid fever alone resulted in almost 26,000 deaths. The Spanish flu is estimated to have killed 50 million people worldwide – including 675,000 within the US – between February 1918 and April 1920.

Over time, vaccines and effective treatments were developed for smallpox, typhoid, measles, cholera, polio, and many other diseases that had plagued humanity for centuries. Each materially improved the quality of life in societies where they were administered. But none was developed as rapidly as the COVID-19 vaccines were last year.

During past collective hardships – whether natural disasters, epidemics, or wars – one of America’s defining features was its social cohesion in the face of adversity. Measures to prevent or mitigate harm were widely accepted as people stood up to do their part. This has been a key ingredient in the country’s greatness.