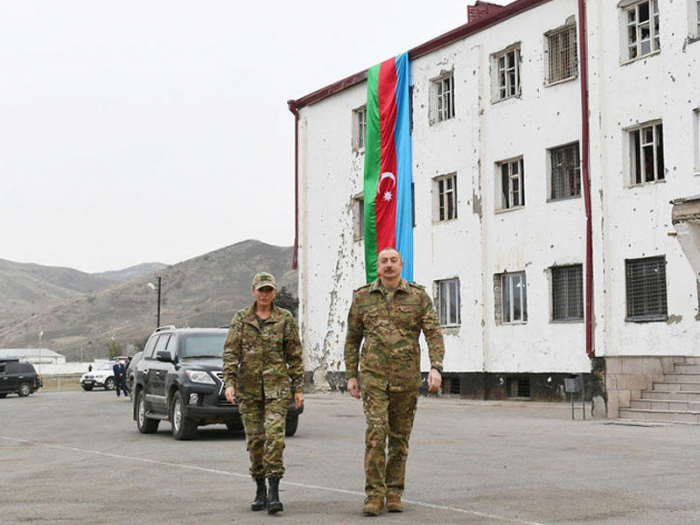 They attended an opening ceremony of following monument and museums after reconstruction works in Shusha:

-a bust to the great Azerbaijani poet Molla Panah Vagif,

-House-Museum of People's Artist Bulbul, who made a great contribution to the development of Azerbaijani music culture and played an important role in the formation and evolution of the professional vocal school.

-a monument to the prominent Azerbaijani composer Uzeyir Hajibayli has been unveiled in the city of Shusha.