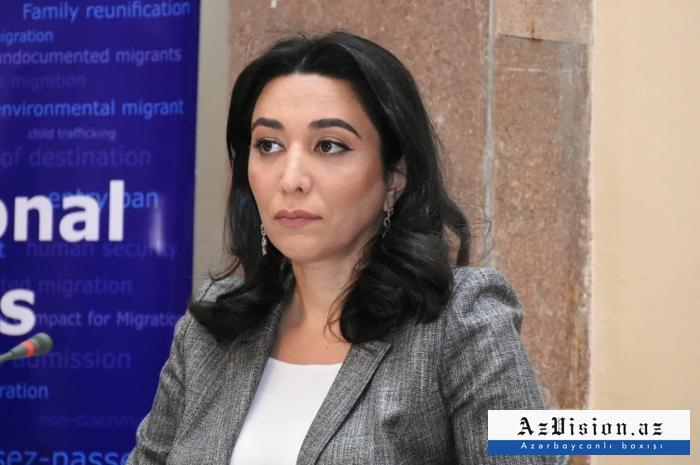 Many Azerbaijani citizens went missing as a result of the Armenian military aggression and despite all the evidence, they still deny the fact that they are holding Azerbaijani citizens hostage grossly violating international law, said Azerbaijani Commissioner for Human Rights (Ombudsman) Sabina Aliyeva, AzVision.az reports.

Sabina Aliyeva noted that as a result of Armenian captivity, Azerbaijani hostages got physical and mental injuries: "As the Ombudsman of Azerbaijan, I always paid attention to the issue of prisoners and hostages during the 44-day war. I met Armenian prisoners of war, and they expressed satisfaction with their conditions. They also thanked the Azerbaijani government for the conditions of detention.