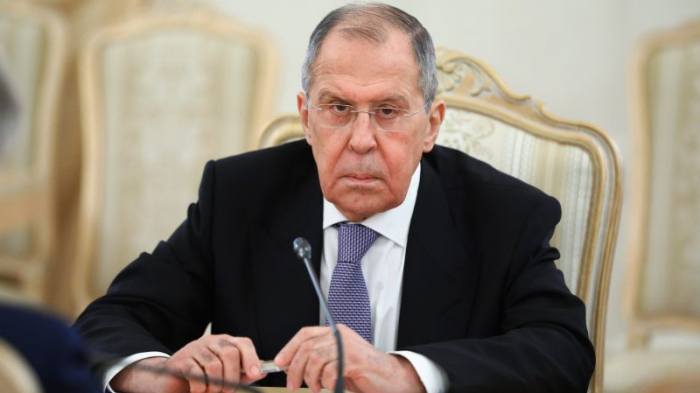 "We do maintain bilateral dialogue concerning diplomatic staff, but it is moving nowhere, running around in circles ultimately," he said.

"We asked them [Americans] to equally apportion the number of their staff here with the number of our diplomats in the United States and not to hire hundreds of Russian nationals who, as a matter of fact, are doing diplomatic work. Now we have parity," the minister recalled.

"They said they don’t have enough staff so they are forced to close their consulates general and actually freeze visa issuance activities. These are attempts at applying unseemly pressure, attempts at bargaining for a unilateral advantage," Lavrov noted.

He stressed that Russia has no objections against reopening the US consulate general in St. Petersburg but will not be begging Washington to do it.

"We never asked them to close the consulate general as they did. It was their initiative. I don’t know what the reasons behind that were," he said. "It’s up to them to decide. We will not be begging them to resume the operation of the consulate general here. We never prohibited the work of this diplomatic mission."

At the end of US President Barack Obama’s second term in December 2016, the United States arrested two Russian diplomatic facilities - countryside houses in the states of New York and Maryland. On August 31, 2017, already under President Donald Trump, the US Department of State demanded Russia close its consulate general in San Francisco and two trade missions - in Washington and New York.

In response, in July 2017, Russia demanded the United States reduce the number of its diplomats and technical personnel in Russia to make their number even to that of Russia’s personnel in the United States. It also suspended the use of warehouses in Moscow’s Dorozhnaya Street and a country house in Serebryanny Bor used by the US embassy.