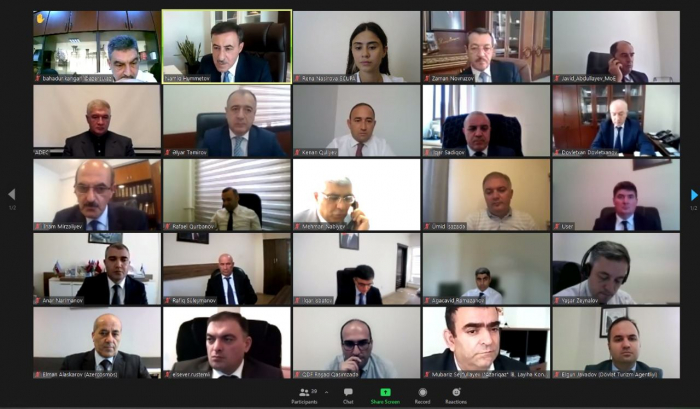 A regular online meeting of the Working Group on Urban Development of the Interdepartmental Center under the Coordination Headquarters, created with the aim of centralized resolution of issues in the territories of Azerbaijan liberated from the Armenian occupation, has been held, AzVision.az reports.

The meeting participants were informed about the preparation of documents for the restoration of settlements in the region and the creation of the necessary infrastructure, as well as about the work to return the local population to their native lands.

During the meeting, the participants also discussed projects being implemented in accordance with the general plan of Aghdam, forthcoming tasks and issues of developing general plans for other cities.

In addition, a report was presented on the structures that should be integrated into the Digital Geographic Information System of Karabakh of the State Property Service under the Ministry of Economy.

Moreover, at the meeting, representatives of government agencies exchanged views on projects in the fields of engineering communications and transport infrastructure, work carried out in other areas, and analyzed ways to resolve issues.