Operetta “The Cloth Peddler” by the great Azerbaijani composer Uzeyir Hajibeyli was once again staged in China.

A new premiere (concert version) of the operetta was presented at the Silk Road International Arts Center in Langfang on September 16 as a part of the “The Belt and Road – The Great Wall International Folk Culture and Arts Festival” in China, the Azerbaijani Embassy in China told AzVision.az.

Organized with the support of the Ministry of Culture of Azerbaijan, the Embassy of Azerbaijan in China, the People's Government of Hebei Province, Tianjin Municipality and ENN Group, the concert was attended by government officials, diplomats, artists, as well as the Chinese public. 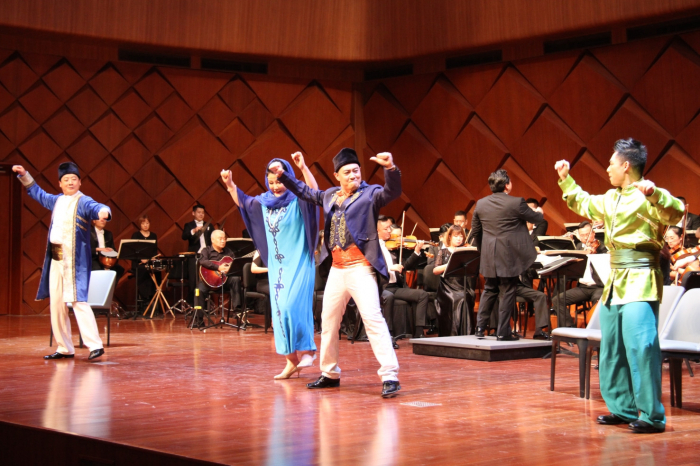 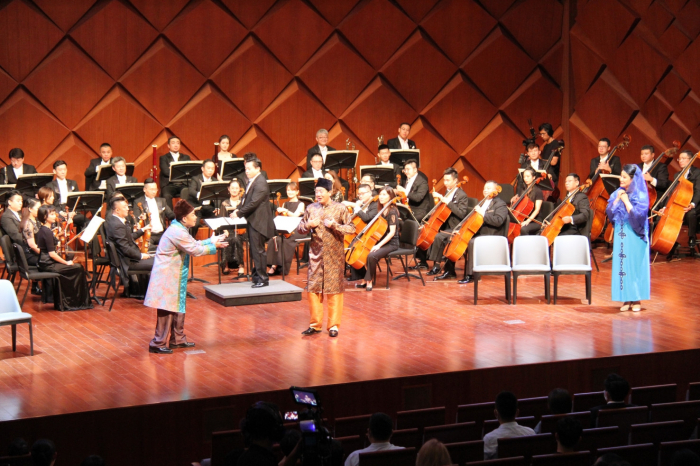 It was noted that September 18, the birthday of the great composer, is celebrated as the National Music Day in Azerbaijan, and on this occasion, the international music festival "Uzeyir Hajibeyli" is organized in our country. This year's festival will be held on September 18-24 in Karabakh, Shusha – the cultural capital of Azerbaijan.

Afterwards, operetta “The Cloth Peddler” was performed by the orchestra and vocalists of Tianjin Song and Dance Theater in Chinese. The libretto of the work has been adapted to modern life and made more understandable for the Chinese audience. The preparation process lasted about 3 months. The chief music consultant and coordinator of the performance was the chief conductor and musical director of Azerbaijan State Academic Opera and Ballet Theater, laureate of international competitions, Honored Artist of Azerbaijan – Eyyub Guliyev, the general planner and director was the drirector at Silk Road International Arts Center – Claudia Yang, producers were Xiaofei Li and Sheng Lu, and the conductor of the orchestra was Jingkai Sun. The roles were performed by Chinese performers of the 1st degree, laureates of international competitions Wang Jinan (role of Asker) and Zang Yanron (role of Gulchohra), and others. The improvisation of the performers, as well as the use of Chinese elements in the performance, was met with keen interest. The concert was sold out.

It should be noted that the operetta “The Cloth Peddler” is well known to the Chinese public. The play was first staged in China on May 30, 1959 at the Beijing Experimental Theater. It is noteworthy that “The Cloth Peddler” was the first foreign operetta staged in China. In the same year the operetta was performed by three theater troupes in various Chinese cities, including in Wuhan Experimental Opera House and in Tianjin State Arts Theater. In the following years, the play was staged several times. It was last staged in Beijing in 2010 by the troupe of the Chinese National Opera. 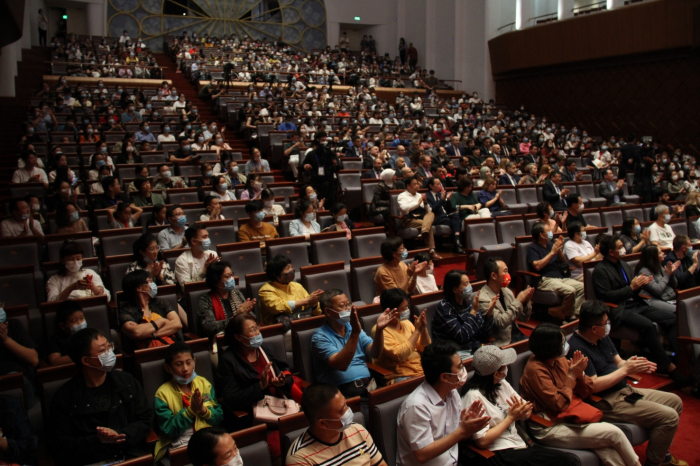