Vaccine Producers Must Step Up - OPINION 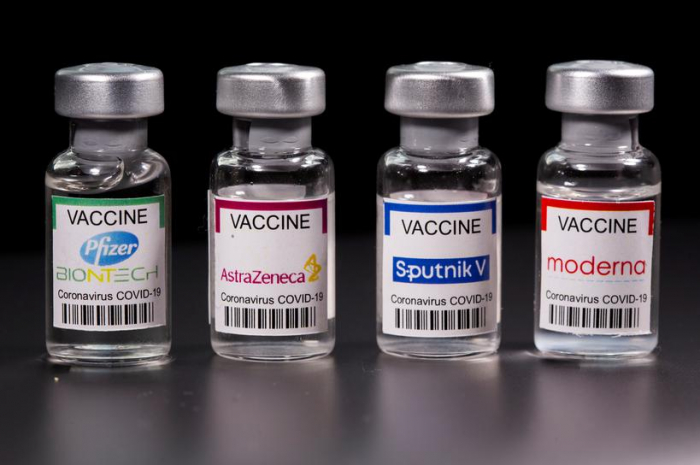 Governments of countries where vaccines are being produced – the United States, European Union members, the United Kingdom, India, Russia, and China – need to cooperate under United Nations leadership to ensure that a sufficient supply of COVID-19 vaccine doses reaches the poorest countries. Five steps are especially urgent.

The world stands at a critical juncture of the COVID-19 pandemic. Countries that lack the first round of vaccine coverage are extraordinarily vulnerable to the highly infectious Delta variant, and are also seedbeds for new variants that could quickly spread worldwide. The Lancet COVID-19 Commission, which I chair, is working urgently with the United Nations system to strengthen the multilateral response. Governments of countries where vaccines are being produced – the United States, European Union members, the United Kingdom, India, Russia, and China – need to cooperate under UN leadership to ensure that a sufficient supply of vaccine doses reaches the poorest countries.

US President Joe Biden has called for a vaccine summit on September 22. This is potentially a highly significant step forward. It is important that the US hold this meeting in cooperation with China, India, Russia, and the other vaccine-producing countries, and with the UN system. Only the UN, with its universal membership and its operational capacity in low-income countries, has the ability to coordinate the rapid global scale-up of vaccine coverage.

In April 2020, the UN created the COVID-19 Vaccine Global Access (COVAX) facility to provide vaccines to lower-income countries. These countries expected COVAX to provide timely deliveries. Yet COVAX has been unable to buy a sufficient volume of vaccine doses mainly because high-income countries have repeatedly cut to the front of the queue. Moreover, the vaccine-producing countries’ governments have imposed export quotas so that COVAX is often unable to secure even the vaccines for which it has contracts. The company shareholders are of course happy with these arrangements, because the rich countries pay more for the doses than COVAX would.

The supply crisis facing low-income countries in Africa and elsewhere will not resolve itself. On the contrary, high-income countries are now beginning to offer a third dose, even before highly vulnerable groups in the poorest countries (the elderly, health workers, the immunocompromised, and others) have received their primary vaccination.

Global opportunities for scaling up vaccine production are also being hampered by some governments’ continued insistence on enforcing the patents on key vaccine technologies, even though these patents are held by academic institutions that were funded by the governments (notably by the US National Institutes of Health). Likewise, public money funded the clinical trials and rollout of the vaccines. Despite the global urgency of the pandemic, life-saving public goods have been privatized.

The World Health Organization has set minimum targets for vaccine coverage in every country – at least 10% of the population by end-September 2021, 40% by end-2021, and 70% by end-June 2022 – that the current vaccine allocation system will not achieve. At this moment of great global peril, the governments of the vaccine-producing countries should take the following steps:

First, when governments meet this week at Biden’s vaccine summit, they should chart a path to achieve the WHO targets in all countries, including 40% global coverage by the end of this year. The vaccine producers should cooperate fully by disclosing all existing orders (and prices) on their books so that the UN and governments can prioritize under-served countries.

Second, the UN system, with the full support of governments and companies, should set delivery timelines for every low-income country aligned with the WHO targets. The WHO and COVAX, and other UN agencies such as UNICEF, should work with the recipient countries to scale up the “last-mile” deployment systems for the arrival of the vaccine doses.

Third, the new $650 billion allocations of special drawing rights just approved by the International Monetary Fund should be used, in conjunction with other emergency financial resources, to ensure that short-term financing constraints pose no obstacles to the supply of vaccines.

Fourth, the governments of the vaccine-producing countries should agree, in line with long-standing trade agreements on public health, to waive intellectual property rights and to promote technology sharing in order to increase global vaccine production. Promising vaccines that are now in clinical trials should also be supported with official financing for rapid production and deployment upon regulatory approval.