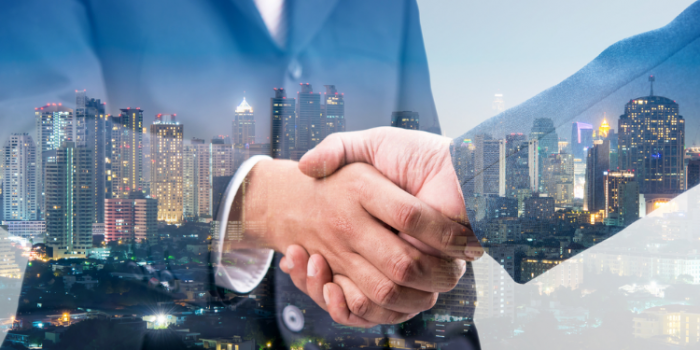 The World Bank’s recent decision to stop publishing its annual Doing Business report is an understandable initial reaction to revelations of data manipulation in favour of certain countries. But the Bank should use this interruption to develop a better report, rather than ending it for good.

Recent days have brought me a storm of emails and calls about the collapse of the World Bank’s most widely watched annual report, Doing Business (DB), which ranks countries by how easily and efficiently small businesses can operate in them. On September 16, the bank announced that it would discontinue the report after an independent investigation by the law firm WilmerHale revealed the Bank’s sordid efforts, starting in 2017 (I left the Bank in 2016, I hasten to add), to manipulate data in order to improve China and Saudi Arabia’s DB rankings. The Bank had suspended publication of the index last year, owing to “irregularities” in its data.

As the head of the World Bank division that produced DB from 2012 to 2016, I found the WilmerHale report disturbing to read. Yes, countries have always lobbied and jostled to improve their rankings. But I never gave in to any of that pressure. Nor, to the best of my knowledge, did any of my predecessors.

It was deeply disappointing to read about how this subsequently changed and what happened inside the Bank, including accounts of junior staff being “publicly threatened” and feeling “powerless to object to carrying out the data improprieties being requested by senior bank management.” This is the kind of behaviour one expects under an authoritarian government, not at a premier Bretton Woods institution.

The World Bank deserves credit for commissioning such a transparent investigation, and now it has an obligation to act on its findings. Some senior officials will no doubt be shown the door. But this is also the time to take stock of the entire business of Doing Business.

The bank’s decision to stop publishing DB is an understandable initial reaction. But I would advise the organization to use this interruption to develop a better report, instead of ending it for good.

I have a long and complicated relationship with DB. Many progressive economists have railed against it because of its admittedly neoliberal bias. But the index also highlighted important shortcomings in many developing countries, where cronyism among big business and government, along with high bureaucratic costs, crush individual enterprises and cripple small businesses. When I was the Indian government’s chief economic adviser, I found DB’s data useful for pushing reforms that would help the small players.

At that time, I had no idea that I would one day be in charge of the division producing the report. During my transition, I felt like a restaurant patron who had suddenly been asked to run the kitchen. It was an eye-opening experience for me to discover how the DB economies were evaluated. I could see that there was room for improvement, but what truly impressed me was the transparency and integrity of the exercise. It was an expensive operation in which the Bank collected data meticulously from all the economies – 189 at the time – and then constructed the rankings without regard to who won or lost.

We improved some of the data and the selection of items that we included in the index. But any such change would alter some of the rankings, giving the impression that some countries were doing better or worse than before, when in fact the shifts were entirely due to the changes in our criteria. For that reason, we had to hold back on many planned improvements.

So, what might a new, improved DB look like? For starters, the bank should switch to collecting de facto data. Currently, the bulk of the DB ranking is based on countries’ de jure laws – the rules and regulations in the books – rather than on what actually happens on the ground. My own back-of-the-envelope calculation was that two-thirds of the ranking depended on the de jure.

This causes an obvious problem. Properly devised cross-country rankings, like the pre-2017 DB, spur competition among governments. But authoritarian governments in particular can change their rule books through top-down orders – and thus improve their index score – even if this makes little difference to people’s lives.

Second, DB currently does not include an indicator regarding labor laws and regulations (it did once have, but it was dropped). This is an unfortunate omission, which a revamped DB report should redress.

Finally, every time the DB report came out during my years at the Bank, I would be at pains to explain that it was about doing business. Achieving a high ranking must not be an all-consuming goal, because the health of a country’s economy also depends on fairness and social justice. But once such a game gets started, it is difficult to persuade countries that other things matter besides business.

The World Bank now has an opportunity to correct this by creating a supplement to the DB report that ranks countries in terms of “Being Just.” The BJ supplement would assess how fair and just a country’s laws and regulations are. This can start as a small exercise, with a BJ ranking being published alongside the DB ranking.

Such an initiative would be bound to generate interest among researchers to investigate the connections between being good for business and being fair and just. More importantly, it would create incentives for countries to excel in both areas. Last but not least, it would offer the World Bank an opportunity to rebuild its reputation for producing useful – and impartial – rankings.

Kaushik Basu, a former chief economist of the World Bank and chief economic adviser to the Government of India, is a Professor of Economics at Cornell University and a non-resident senior fellow at the Brookings Institution.