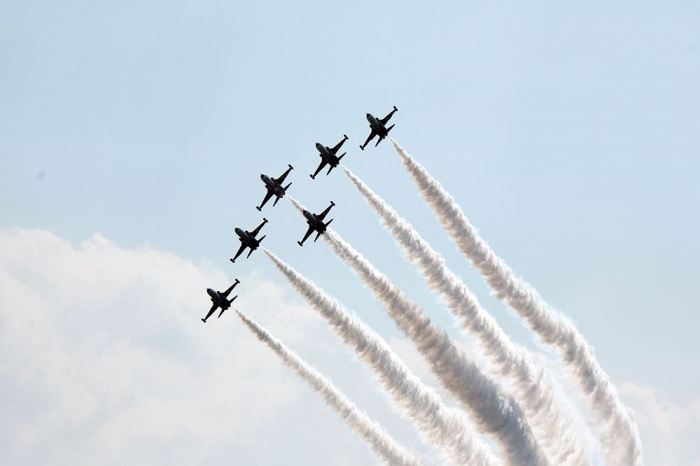 Another demonstration flight of the Azerbaijani Air Force fighter was demonstrated on the last day of the Technofest-2021 festival in Istanbul, Turkey, AzVision.az reports citing Azerbaijani Defense Ministry.

Before the flight, the memory of the Azerbaijani servicemen who died during the Patriotic War was honored, the glorious flag of the Republic of Azerbaijan was raised.

"The demonstration flight of our military pilot with aerobatics in the sky of Istanbul attracted the attention of guests watching the air show", said the ministry.

In the fourth year of the Technofest-2021 festival of aviation, space and technologies at Ataturk International Airport, two MiG-29 fighters of the Azerbaijani Air Force performed demonstration flights on different days.