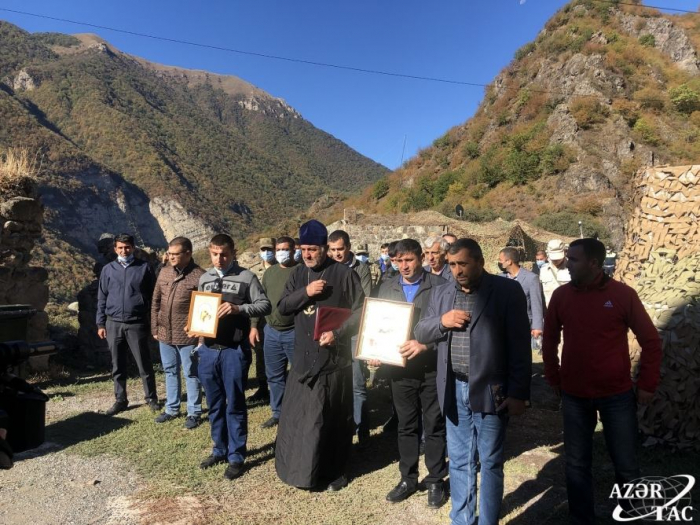 A ceremony dedicated to the Remembrance Day marked on September 27 was held at the Khudavang monastery complex in the Kalbajar district of Azerbaijan, previously liberated from Armenian occupation, AzVision.az reports.

With respect to Remembrance Day, trips to the Khudavang monastery complex were organized for members of the Albano-Udi Christian community, representatives of the public, and the media.

Representatives of the community performed religious rituals in the monastery offered prayers for the souls of martyrs.

“The Udins could not visit this monastery for a long time. We first came here on December 6, 2020, following the liberation by the Azerbaijani army of the country’s lands from the occupation of the country's lands,” said Rafik Danakari, Deputy Chairman of the Albano-Udi Christian community.

“In this regard, I express my deep gratitude to President Ilham Aliyev, since it is he who is the founder of this multicultural society that has emerged in our country,” Danakari said.

“Under the leadership of President Ilham Aliyev, all peoples in Azerbaijan coexist as brothers. We prayed for the souls of the martyrs, as well as for the wounded soldiers to get healed soon. May God saves our state and army,” said Rafik Danakari, Deputy Chairman of the Albano-Udi Christian community.