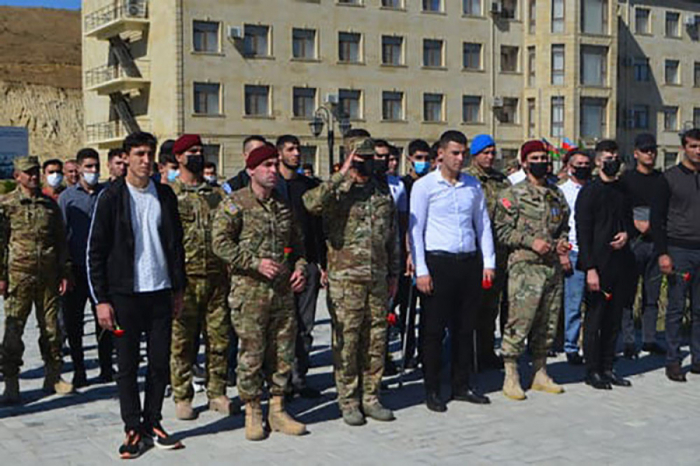 A commemorative ceremony and a meeting with war veterans were held in the Azerbaijani Special Forces on the occasion of the anniversary of the beginning of the 44-day second Armenia-Azerbaijan Karabakh war, which ended with the glorious victory of the Azerbaijani army, AzVision.az reports citing the Azerbaijani Defense Ministry.

The blessed memory of the martyrs, who died for the liberation of the Azerbaijani lands was honored at the ceremony. The prayers were read for the repose of their souls and the meal was given to honor the memory of victims.

Commander of the Special Forces, Lieutenant General Hikmat Mirzoyev, war veterans and those fighting during the war voluntarily attended the commemorative ceremony.

First, the memory of the Azerbaijani national leader Heydar Aliyev and the martyrs was honored by a minute of silence and the national anthem was performed.

The ceremony participants laid flowers at the bust of great leader Heydar Aliyev and the Special Forces memorial.