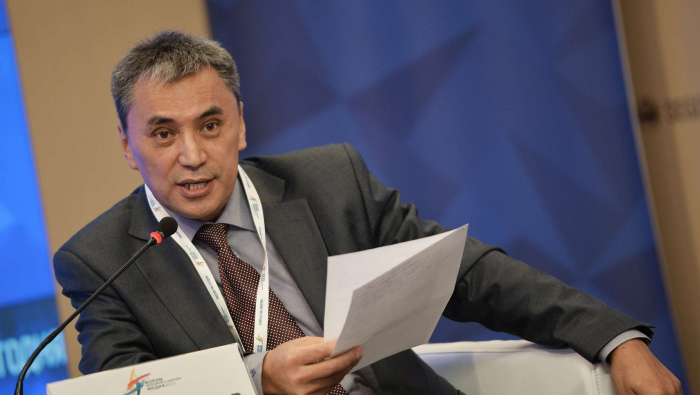 - The Taliban firstly made threats against Tajikistan because of the latter’s support for the anti-Taliban militia in Panjshir. What is the threat of the Taliban infiltration into Tajikistan and other Central Asian countries?

- Taking into account recent events, a possible Taliban penetration in the near future is unlikely, unless there are open provocative actions of certain forces. However, the situation here depends on the work of Tajik special services. Considering that the Taliban want to introduce themselves to the world community as a peace-loving power, conflicts or other military field operations are unprofitable for them at the moment. Therefore, it can be considered that the latest statements by Baradar, the deployment of Taliban special forces in Panjshir and the deployment of fighters of the Ansarullah group, whose members were once squeezed out of Tajikistan by the Rahmon regime, near the border with Tajikistan, can be viewed as an appeal to the Taliban sympathetic strata of Tajiks in order to demonstrate that they are ready to support them. But nothing more. In any case, they do not need conflicts. But this is for now. However, one should not forget that the current Afghan government is not just the Taliban, but also various groups that have joined this movement, the backbone of which may be immigrants from the countries of Central Asia. At the same time, it is impossible to be sure that they will continue to remain loyal to the new authorities in Kabul and will strictly follow the instructions from above.

- How will Russia behave in case of a possible Taliban infiltration into regional countries?

- Russia has previously stated that it will try to solve problems with the Taliban peacefully. If the situation continues as it is now, the Kremlin's rhetoric will continue. But if the Taliban take any active steps, then Russia is likely to provide military assistance to those countries that will have a conflict with the Taliban, since the Kremlin is not interested in instability in the region. We should not forget Russia’s efforts in Afghanistan to provide political support to the new authorities. Especially in the person of Dmitry Zhirnov, Ambassador to Kabul, and Zamir Kabulov, Russia’s Special Representative for Afghanistan, who have made, and continue making efforts to maintain stable relations with the Taliban and provide support to them in the new conditions. If the new Afghan government values ​​such an attitude towards itself from the Kremlin, then they will not worsen relations with Moscow.

- How do you see the future of the Collective Security Treaty Organization (CSTO), taking into account the recent developments in the region? Can other countries also join this bloc?

-  The CSTO has been a deterrent for many radical organizations for more than 20 years. Despite some costs in CSTO’s costs, in particular, maintaining silence during an armed conflict between two neighboring member states, such a union is beneficial to all its members, since the global situation demonstrates that the countries will unite. Therefore, they need to take care of the safety of their members.

As for the entry of new countries into the CSTO, it can be noted that at the last session of the organization this issue was raised, and with a high degree of probability, it can be argued that there will be new members in the near future.

- How do you assess the prospects for the development of Baku-Bishkek relations in the post-war period?

- The development of Azerbaijan-Kyrgyzstan relations will continue within TURKSOY and TURKPA, as well as within other organizations, which include both countries. It is worth noting that Azerbaijanis are not only old friends of Kyrgyzstan, but also fraternal people who have provided and continues to provide all possible assistance to Kyrgyzstan. Kairat Osmonaliev’s appointment as the new Kyrgyz ambassador to Azerbaijan demonstrates Bishkek’s clear desire to revitalize bilateral relations, establish closer ties in many areas - cultural, trade, business.

There are many mutually beneficial points of contact between Azerbaijan and Kyrgyzstan. The time has come, both within the framework of multilateral projects and in bilateral relations, to begin to conduct more visible and effective work than it has been so far. Everyone knows that the great Kyrgyz writer Chingiz Aitmatov was awarded the Azerbaijani high state award as the first foreign cultural figure. In turn, Kyrgyzstan has allocated a large area in one of the prestigious districts of Bishkek to open a park named after Azerbaijan’s national leader Heydar Aliyev.

Furthermore, there are potential opportunities for the development of cultural and humanitarian ties, such as the Days of Culture of the two countries. Such projects require the establishment of logistics ties, primarily direct flights between Bishkek and Baku. This will be followed by the expansion of trade and economic ties. Azerbaijan and Kyrgyzstan have a lot to trade with each other.