The Geopolitical Conquest of Economics - OPINION 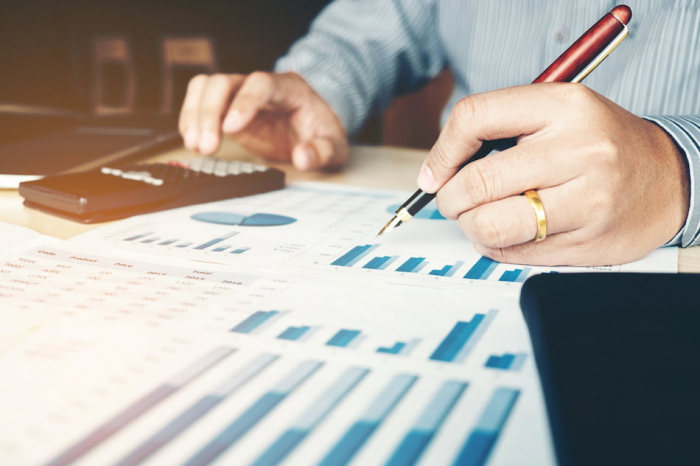 Although economics and geopolitics have never been completely separate domains, international economic relations were shaped for 70 years by their own rules. But the rise of China and its growing rivalry with the United States have brought this era to an end.

From the Huawei affair to the AUKUS spat and beyond, a new reality is shaking up the global economy: the takeover, usually hostile, of international economics by geopolitics. This process is probably only just beginning, and the challenge now is learning how to live with it.

Of course, economics and geopolitics have never been completely separate domains. The post-World War II liberal economic order was designed by economists, but on the basis of a master plan conceived by foreign-policy strategists. Postwar US policymakers knew what they wanted: what a 1950 National Security Council report called a “world environment in which the American system can survive and flourish.” From their perspective, the free world’s prosperity was the (ultimately successful) conduit to containing and possibly defeating Soviet communism, and the liberal order was the conduit to that prosperity.

But although the ultimate objective was geopolitical, international economic relations were shaped for 70 years by their own rules. On occasion, concrete decisions were skewed by geopolitics: for the United States, providing International Monetary Fund financial assistance to Mexico was never equivalent to providing it to Indonesia. The principles governing trade or exchange-rate policy, however, were strictly economic.

The end of the Cold War temporarily put economists on top. For three decades afterward, finance ministers and central bankers thought they were running the world. As Jake Sullivan (now the national security adviser to US President Joe Biden) and Jennifer Harris pointed out in 2020, management of globalization had been deferred to “a small community of experts.” Again, there was an underlying geopolitical aim: in the same way that economic openness had contributed to the Soviet Union’s collapse, it was expected to bring about China’s convergence toward the Western model. But for the rest, interference remained limited.

The rise of China and its growing rivalry with the US brought this era to an end. With the failure of convergence through economic integration, geopolitics has returned to the fore. Biden’s focus on the Chinese challenge and his decision not to dismantle the trade restrictions put in place by his predecessor, Donald Trump, confirm that the US has entered a new era in which foreign policy has taken over from economics.

In China, there was no need for such a takeover. Although the country’s leaders routinely pay lip service to multilateralism, both its historical tradition and governance philosophy emphasize political control of domestic and especially foreign economic relations. The transnational Belt and Road Initiative embodies this model: as Georgetown University’s Anna Gelpern and co-authors recently documented, Chinese loan contracts to finance infrastructure projects in developing countries are opaque, involve political conditionality, and explicitly rule out debt restructuring through multilateral procedures.

Even in Europe, where belief in the primacy of economics was most entrenched, things have begun to change. “The beating heart of the globalist project is in Brussels,” US populist agitateur Steve Bannon declared contemptuously in 2018. This was in fact true: the primacy of common rules over state discretion is part of Europe’s DNA. But the European Union, too, is now waking up to the new reality. Already in 2019, European Commission President Ursula von der Leyen spoke of leading a “geopolitical commission.”

The question is what this renewed geopolitical focus actually implies. Most foreign-policy experts envision international relations as a power game. Their implicit models often assume that one country’s gain is another’s loss. Economists, on the other hand, are more interested in promoting the gains that cross-border transactions or joint action yield to all parties. Their benchmark concept of international economic relations envisions independent actors voluntarily entering into mutually beneficial arrangements.

In a 2019 article, Sullivan and Kurt Campbell (who now directs Asia policy at Biden’s National Security Council) outlined a plan for “competition without catastrophe” between the US and China. Their scheme combined across-the-board trade reciprocity with China, the formation of a club of deeply integrated market democracies (access to which would be conditional on economic alignment), and a policy sequencing in which competition with China would be the default option, with cooperation conditional on China’s good behavior. They also rejected any linkage between US concessions and cooperation in the management of global commons such as climate.

This would be a clear strategy, but the Biden administration has not yet indicated whether it intends to pursue it. US middle-class economic woes and the resulting enduring domestic reluctance to open up trade contradict geopolitical aims and make America’s intentions hard to read. Foreign-policy types may have prevailed over economists, but domestic politics reigns supreme, and clear-mindedness is not what is guiding action.

China, meanwhile, has flatly refused to carve out climate cooperation from the wider US-Chinese discussion, and recently wrong-footed the US by applying to join the Comprehensive and Progressive Agreement for Trans-Pacific Partnership, a regional trade pact that President Barack Obama designed to isolate China but that Trump chose to quit. Instead of being isolated, China is trying to outmaneuver the US.

Paradoxically, Europe is getting closer to defining its stance. It still believes in global rules, and gives priority to persuading partners to negotiate and enforce them, but it stands ready to act on its own. “Open strategic autonomy” – its new buzzword – seemed to be an oxymoron. But the EU now seems to know what it means: in the words of senior EU trade official Sabine Weyand, “work with others wherever we can, and work autonomously wherever we must.” In a more geopolitical world, this may well become Europe’s credo.