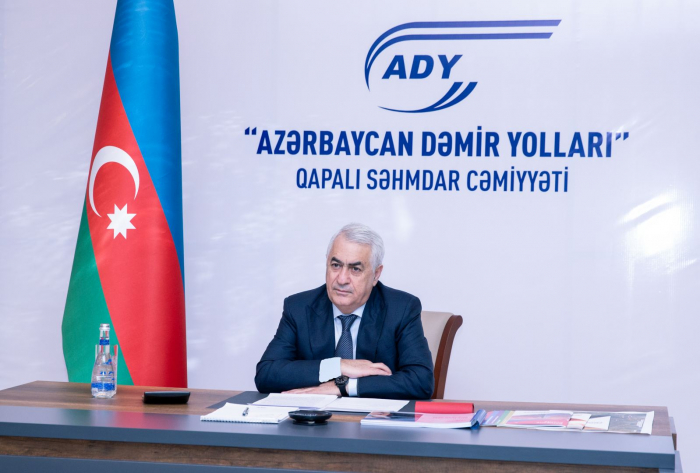 The International North-South Transport Corridor (INSTC) plays an important role in the development of trade turnover and export-import operations of the countries participating in this project, Chairman of Azerbaijan Railways CJSC Javid Gurbanov said, AzVision.az reports.

Gurbanov made the speech during the 6th meeting of the Working Group on the development of the western route of the abovementioned Corridor, held in Baku.

According to the chairman, this project will contribute to the expansion of economic and trade relations between the countries participating in the INSTC.

“The liberation of Azerbaijani lands from the Armenian occupation opened up wide opportunities for successful promotion of international transport corridors passing through Azerbaijan. In addition, our country is implementing a number of promising projects that are important for expanding mutual economic ties,” Gurbanov added.

During the meeting, the sides discussed mutually beneficial bilateral relations between Azerbaijan Railways and the railway structures of Iran, Russia, Belarus and Finland.