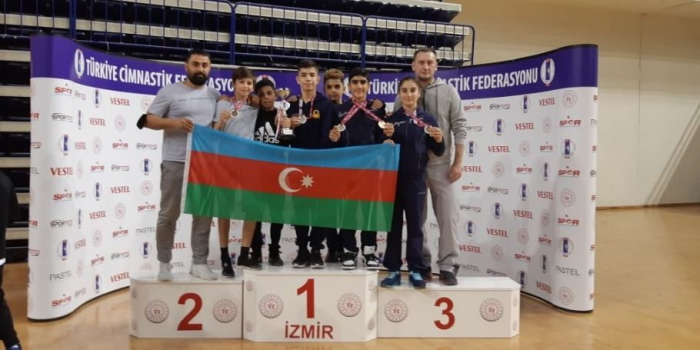 Members of the Azerbaijani national trampoline team successfully took part in competitions in Turkey, AzVision.az reports referring to the website of the Azerbaijan Gymnastics Federation (AGF).

Seljan Magsudova, who competed among adult gymnasts, showed an impeccable performance and took first place, as did Magsud Magsudov, who performed in the 13-14 age group.

Mehdi Aliyev, who performed with Magsudov in the same age category, took seventh place in the finals.